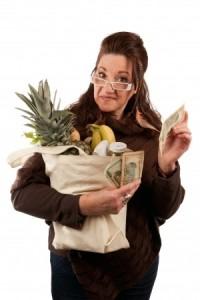 It has taken seven long years for the Cambridge City Council to realize the materialization of its pet project, which is the imposition of a ban on plastic bags and using wholesale reusable bags. The Ordinance Committee, comprising the entire council met recently to approve draft regulations prohibiting retailers from using plastic bags that are a bane to the environment.

The residents of Cambridge had to wait for seven years for the long overdue ban on use of plastic bags. However, the wait is going to be extended till the New Year, with 2014 bringing in confirmation of the good news. As of now, the policy is yet to be approved by the City Council, which will meet during the first week of January 2014.

Much later, in October 2011, Councilor Marjorie Decker proposed the next round of policy orders that would seal the fate of usage of plastic bags permanently. However, she hastened to add that it was not the City Council's intention to harm or impede the local businesses. This policy order was followed by the one submitted by Councilor Minka vanBeuzekom in March 2012 followed by another one from Decker in January 2013, seeking the City Council to draft regulations to bring the ban into effect.

Decker quoted the 2010 policy order of Environmental Protection Agency that stated Americans used a whopping 380 million plastic bags every year, adding to the woes of environmentalists. With only 5% of these used bags being recycled, the remaining 95% added to the landfills, which would remain intact for another 1,000 years as plastic is one of the least biodegradable materials.

Gearing up to Use Wholesale Reusable Bags

The urgent need of the hour is to switch to eco-friendly wholesale reusable bags, which is the only foreseeable solution to this bane from plastic bags that we have brought upon ourselves. The City Council is busy urging retailers and other local business to desist from using plastic bags in the future. They are also appealing to the residents and urging them switch to wholesale reusable bags that are specifically made for multiple reuses.