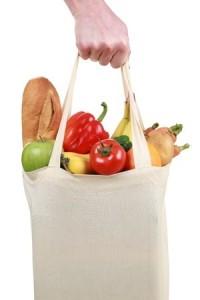 Over the past few years, debates revolving around bans on plastic bags have been taking centre stage and Texas is not far behind. The current question is whether cities in Texas, such as Austin, have rightly enforced such ordinances.

AG to Decide on the Fate of the Ban

A ban on plastic bags in Texas has been in question for a while now and the opinion of the Attorney General – Greg Abbott is being sought. In a letter, Dan Flynn, the state representative for R-Canton, raised a question whether the bans in the city were in agreement with the health and safety laws of the state.

The letter cited the example of nine cities in Texas that had enacted the plastic bag ban and levied fees on alternate options in the past years. This, however, seemed to be in violation of the state law. According to a segment of the Texas Health and Safety Code, the municipal district wasn't allowed to pass any legislative limitations with regard to containers or package material used for the purpose of management of waste. Neither were they allowed to impose a fee on the usage of the same.

Flynn mentioned that a lot of people were inconvenienced by the ban. He also mentioned that there were numerous calls questioning the legitimacy of such bans.

A response from the Attorney General's office is expected in 180 days. Even though the opinion of the attorney general was not binding, a negative response could affect the decision made by other cities to enforce the ban. Additionally, the Texas Retailers Association and similar bodies could file lawsuits in the future.

Plastic grocery bags are indeed proving to be a menace. With a large number of bags clogging water bodies and littering streets as well as open areas, the need to cut back on their usage is becoming a necessity. The waste caused by single-use plastic bags also adds to the cost of disposal and recycling.

Switching to custom printed canvas bags is a good idea irrespective of whether there is a ban in place or not. Besides being a trendy option, the switch can help in curbing litter as well as the excess use of raw materials used to produce disposable bags. This step will also help in minimizing the costs faced by cities to dispose of the bags.