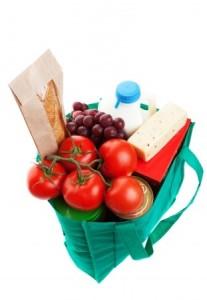 Encinitas has taken a hint from all the cities around it that are going eco-friendly. But it will not blindly follow the plastic bag ban ordinance implemented by other cities. Instead, it will come up with its own ordinance that will help the city in the best possible way in attacking the plastic bag issue. The City Council recently decided that it won't be waiting for the vote of the state legislators and will proceed with its bag ban.

Encinitas in a hurry to go green

Councilwoman, Lisa Shaffer, in a recent meeting said that the environment cannot wait anymore for the legislators to come up with a decision. The council, however, plans on creating a bag ban that will be on similar lines with the ordinance of Solana Beach which was implemented in 2012.

According to the bag ban in effect in Solana Beach food vendors, grocery stores, retail stores and pharmacies are not allowed to use plastic bags. Also they are mandated to charge their customers a fee of 10 cent for every paper bag that they take from the store.

This decision of not waiting for the state legislators was opposed by a couple of council members, but majority of them considered this to be a better option. They said that it is time to act. But it may still take a few months before stores and customers have to accept this change as there is still a lot of work pending related to the ban implementation. Firstly the city officials will have to come up with their draft of the ordinance that has been proposed, after that it will have to be approved by the City Council. Then the ordinance will have to pass through an environmental review which can take anywhere around three months. This means that the ban may not come into effect till mid-2014.

This gap in the time period can actually benefit the stores and customers as they will get plenty of time to understand the proposed ban as well as comply with it. People can start getting into the habit of carrying recycled grocery bags every time they are out shopping as this will help them in getting used to this change by the time the ban comes into place. Not only will this help the environment, but will also make the ban successful.