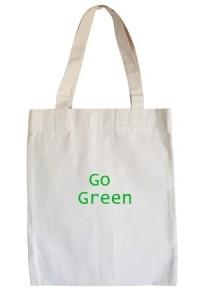 With the removal of the provision that would have ended the ban on plastic bags in 2015, Barrington, Rhode Island has become the first city in the state to institute such a permanent ban. In a move that had an overwhelming support of the local population, the Town Council voted 3-2 in favor of keeping the ban in place.

The ban on plastic bags that had come into effect in January 2013 meant that Barrington retailers were not allowed to offer single use plastic bags to their customers. The shoppers were either required to bring their own reusable bags or buy them at the stores. This ban has led to a substantial decrease in the total waste generated by the town as a large part of it consisted of plastic bags that people used to throw out.

The kind of support that the ban had was evident during the vote as well. The council got a standing ovation when it voted to make the ban permanent while 10 of the 20 people present during the vote decided to speak on the issue (with 9 speaking in favor of the ban and 1 against). Both these scenarios were unprecedented and go to show how strongly people felt about the issue.

The major issue that most residents of Barrington had with plastic bags was the fact that they polluted the Rhode Island environment. Apart from being non biodegradable and harmful to animals as well as humans, the discarded plastic bags also floated around all over the town making it seem unsightly. The step is expected to solve both these problems as well as provide a roadmap that can be followed by other cities all over the country. With increasing pollution and an increasing demand for steps to tackle it, such an idea is sure to appeal to many.

The best part about the vote and the decision to get rid of the sunset provision was the unwavering support provided by the people of Barrington. People have realized that eco bags wholesale can help them solve the problem of pollution in their town. With the support of the people and enthusiastic participation of the local businesses, the step is sure to become a popular one and is also expected to have a big impact on the environment. Hopefully, this vote of confidence that the people of Barrington have given to reusable bags will inspire more towns and cities.