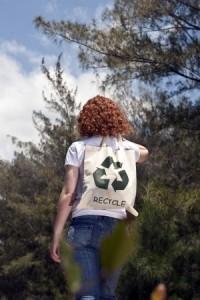 Environmentalists and other nature lovers residing in LA should be happy to hear the news that plastic bags will no longer be used here. This New Year's gift to the city is freedom from plastic litter. People will be encouraged to use paper bags that will be available, though for a price of 10 cents per bag.

Though most New Year resolutions hardly last a couple of days, this is one that is expected to last forever, given the price we have had to pay for turning to plastic, for the convenience and affordability it offered. However, with a firm resolution made collectively, and other options like wholesale custom reusable bags, the fervent hope is that the transition will take place without a hitch. LA is certainly going to be a plastic free city, come 2014.

The new city ordinance that is expected to come into force from January 1, 2014 will be a major motivational factor for the city's residents to switch to eco-friendly reusable bags. According to Daniel Hackney, special projects manager at the Bureau of Sanitation, banning plastics will help relieve the choked drains and catch basins that are frequently clogged by carelessly discarded plastic waste.

LA has the distinction of being the largest city in the country to join 90 other communities across the state like Glendale, Santa Monica, Pasadena and Long Beach that have already passed stringent laws banning the use of plastic. The ban to be imposed in LA will affect thousands of retailers and supermarkets like Von's and Food-4 less, and large groceries like Wal-Mart and Target. Most of the independent stores and smaller groceries are to be given time until July 1 to exhaust their existing inventories before they switch to eco-friendly alternatives like wholesale custom reusable bags. Signs have already been put up at the entrance of most stores to make the residents aware of the ban.

With more people being aware of the crying need to preserve nature and promote a greener environment, there is no foreseeable hitch in the switch to wholesale custom reusable bags. Even school kids are aware of the truth about plastic being the least biodegradable material and that it can virtually take thousand years for plastic to decompose completely. Though the initial response was mixed, people gradually realized the sense the move made and wholeheartedly supported the ban. Though shoppers are not expected to remember to carry reusable bags each time they step out for a bout of shopping, they probably will remember it after a period of time.