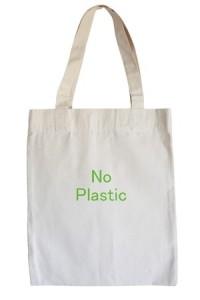 A unanimous decision to place a ban on thin plastic bags was made in Martinez, California in a Council meeting. Following the footsteps of many other states that have done this, the ban aims to make the environment safer for citizens and animals alike.

By placing a ban on such bags, the Council is sending a clear message to buyers to find green and easily accessible options to plastics. The thin bags especially, pose a big hazard in all spheres of life. They can be used very few times and cannot be recycled. Once disposed, they end up in landfills and just keep creating health concerns for people and animals living around the landfill.

How many times have we seen drains blocked with plastic bags? How many times have innocent, grazing animals consumed such bags and then have had to undergo painful medical procedures to get rid of them? Some do not even survive the experience. Talk about the inconsiderate people who litter the streets and other campuses with these bags wont help much, but what will help is giving up on plastic bags. So what's the best alternative to these bags?

Some of you may think it's a paper bag. Actually, paper bags, though recyclable, are expensive to manufacture and using paper means reducing the already very few forests we have. Go for the reusable bags instead. The Council made it a point to advertise these by giving a $500 check to new Leaf Collaborative to recognize its efforts in making the environment safe and designing recyclable bags that can be distributed well before the ban is imposed. These bags can be stocked and reused. They are also available very easily in many stores and are softer on your wallet. Not to forget, your city will be free from the menace of plastic bags.

With the Council encouraging companies producing reusable bags and making the ban effective from January 1 2015, it is evident the city wants to clean up its act while ensuring citizens get ample time to get prepared for the ban. The time gap will also allow storekeepers get rid of their exiting plastic stock. The decision was unanimous, many people have been vocal about their support to this move – so the city is united in this fantastic move. Wholesale reusable bags have successfully replaced the plastic and paper bags in many cities, now it Martinez's turn to become a green city.