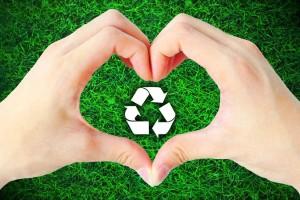 The National Football League holds an annual championship game every year to battle for a Vince Lombardi trophy. This game is popularly known as the Super Bowl. The day of the Super Bowl is a national holiday and is one of the most awaited days in the year. Super Bowl is an event that is most watched on American television every year.

This national sporting event has a halftime show that draws performers like singers and dancers from Hollywood, local schools, and colleges to showcase their talent. The San Francisco 49ers and the Baltimore Ravens are professional football teams that have been involved in the sport for many decades. Football is celebrated in America and the day of the Super Bowl is the second-largest day for food consumption in America.

Since this event brings together a huge number of audiences, it is an excellent medium for brand promotion and brand development. Super Bowl is the most expensive national event for advertising, broadcast, and hosting, with almost all local and national organizations contributing to promote their brand.

The Super Bowl attracts a large number of people to the stadium and attracts many viewers on broadcast media. It involves a lot of expenses for infrastructure that includes setting up the lighting system, sound system, broadcast media, surveillance, ventilation system and maintenance system.

This year, the New Orleans Host Committee and all the community members have commandeered efforts to conserve energy utilized at the event. The Mercedes-Benz Superdome, the host site for Super Bowl, showcases over 26,000 LEDs that are durable and energy-efficient on 96 graphic display panels. Though the building will amaze the population with full-color graphics and images, the system uses only about 10 KW that is equal to the energy utilized by a small home.

The entire city of New Orleans has embraced the spirit of environment-friendliness by incorporating energy-efficient systems for heating and cooling systems, motion sensor lights, and more such measures taken for libraries, buildings, and streets. The entire city lit up with thousands of long-lasting energy-efficient lights was inviting to everyone who gathered for the greenest eco-friendly Super Bowl in history.

The tremendous popularity of this event, the opportunities in reaching over a hundred million people, and the fact that the event is centered on environment sustainability provides a great advantage for organizations in using eco friendly promotional items to endorse their businesses during the Super Bowl event.