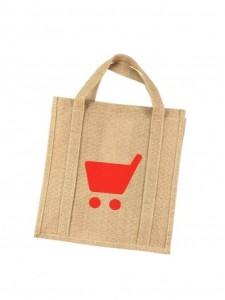 Most people who oppose plastic bag bans are of the opinion that these bans affect businesses in a negative way. They believe that bans on plastic bags prevent people from shopping from stores that support the ban and charge consumers for paper or reusable bags. Some residents even go to the extent of shopping from nearby towns which do not have any such ban. But is that really the case? A recent survey had something else to say.

A consumer survey was recently conducted to know the reaction of people towards the ban on plastic bags in Barrington which was implemented in January. Looking at the positive feedback that the ban has received, Newport too is considering the idea of implementing a plastic bag ban in the city. This survey was completed by four students of Roger Williams University under the guidance of professor Joseph Roberts, who teaches political science.

Approximately 60 percent of the people continued shopping in the city just like they did before the ban was implemented. This suggests that most people have accepted the ban and are not trying to find alternative shopping stores in other cities that do not follow the ban.

The survey also made certain other revelations. It said that around 65 percent of people do not support the idea of charging fee on paper bags provided at the checkout. Also, before the implementation of the ban, most people either carried their own plastic or reusable bags, very few carried paper bags.

Newport Can Go Ahead with Using Recycled Reusable Shopping Bags

This positive response towards plastic bag ban shows that most people are open to the idea of using recycled reusable shopping bags rather than plastic bags. The harm caused to the environment by plastic bags is not hidden anymore, which drives most people in giving up on such bags. Most of the residents of Newport are already aware of the benefits of reusable bags and are willing to welcome any such ban on plastic bags.