Plastic Shopping Bag Ban in San Francisco, Reusable Bags to be given to Shoppers

Plastic Shopping Bag Ban in San Francisco, Reusable Bags to be given to Shoppers 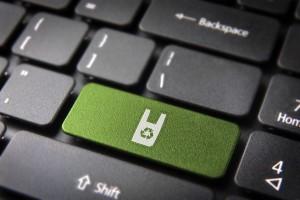 Most of the counties and cities in the United States of America are adopting ways to encourage sustainable living practices and usage of eco-friendly promotional items. Shoppers in San Francisco are doing their best to find alternatives to plastic bags.

Retailers are anticipating longer lines at the check-out stands for at least a few weeks as the ban was enforced on October 1st, 2012. Long lines are expected as people are still learning how to accommodate the ban apart from actually using wholesale reusable bags the same week.

In 2007, San Francisco banned the usage and provision of single-use plastic bags in chain pharmacies and large grocery outlets, and the ban still continues. Despite this, there are a few issues related to the ban on plastic bags in the larger stores. Customers have to pay ten cents for each custom reusable shopping bags they purchase. The ban that was imposed this week is applicable to the smaller retail stores and department store outlets. In the coming year, San Francisco officials are planning to extend this ban to restaurants as well.

Since the ban has been imposed on all these above mentioned stores, if any one violates the rule, a huge fine will be imposed on them. Stores, which do not comply with the ban, will be fined up to five hundred dollars by Environmental Department of San Francisco. The fine amount can increase according to repeated violations. Since the ban has been enforced on the larger stores since 2007, the officials don't expect much trouble from the smaller department stores.

Even though there was a bit of resistance by residents regarding the ban this week, it was far less when compared to the resistance meted out to the 2007 plastic bag ban. People are becoming more accustomed to the change and are learning how to become eco-minded. In fact, most of the residents in San Francisco are looking at other cities in the US and adoption earth friendly methods of living.