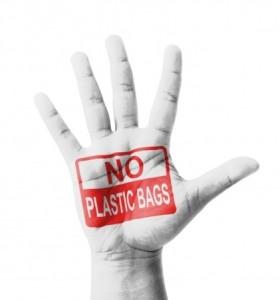 The festive season has ended and it is again time to get back to work. But Richmond has decided to bring in a few changes to make the city a lot more cleaner and greener this New Year. The city is all set to get rid of the nuisance created by plastic bags by abandoning their use in the first place. This is a very strong step taken by the city in the effort to get freedom from plastic bags.

Residents of the city will no more be allowed to ask for plastic bags from stores while shopping. Instead, they will have to bring with them their own wholesale reusable grocery bags. All this because the plastic bag ban has finally come into effect in the city. Grocery and local retail stores are no more allowed to hand out plastic bags to their customers as they did earlier. However, in case shoppers forget to get their reusable bags, they can opt for paper bags provided by the store. But they will have to shell out a certain fee for using such bags. So, a much affordable and environment friendly option for them will be to bring their own reusable or recyclable bags. This plastic bag ban came into effect in the city from January 1.

Shoppers who take the paper bags available in the stores will have to pay 5 cent per bag, as of now. But this fee will be increased to 10 cents after two years of the ban. The officials of the city feel that this will help in encouraging the habit of carrying reusable bags among shoppers. Though the ban is applicable on liquor and grocery stores, specialty shops, clothing stores and convenience markets, restaurants are exempt from it.

It is not just shoppers, but also the merchants who will be liable to pay a fine in case they fail to comply by the ban. Non-compliance by merchants will lead to them paying a fine of $250 for violating the ban for the first time. Th second time they do it in a period of one year, a fine of $500 will be charged while $1000 will be levied for the third violation.

However, it is being expected that there wont be many cases of violation of the ban as a majority of residents as well as business owners understand the importance of the ban and are happy to follow it. Carrying reusable bags is not just an eco-friendly habit that will help in protecting the earth but will also help the city in saving some money as it wont have to spend its funds on dealing with plastic bag issues.