Santa Barbara All Geared to Use Non-woven Tote Bags

Santa Barbara All Geared to Use Non-woven Tote Bags 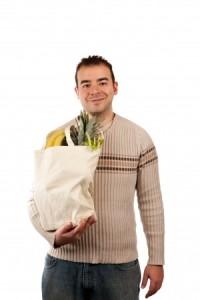 News stories have focused on an ordinance passed by the lawmakers of Santa Barbara that bans the use of plastic bags within the city limits - while also imposing a ¢10.00 fee for every paper bag the shopper chooses to use instead. As of this moment, the ordinance targets the larger stores, but will focus on the smaller grocery stores within a 6-month timeline.

As with the other cities that have chosen to take the step of banning the use of plastic bags within their city limits, the move is triggered by the fact that discarded bags all over the country play a huge role in destroying the landscape as well as clogging waterways. Studies have shown that as many as about 100 billion plastic bags are simply thrown away every single year. The fact that these bags are not biodegradable means that the environment is taking a substantial toll as the years go by and taking every step to correct that problem - as soon as possible - is no bad thing.

However, as with every ordinance that will affect the community in such a significant way, there is some amount of opposition to the move. While the ordinance was passed with a 6-to-0 vote, the plastic bag manufacturers and distributors have taken a significant hit in their commercial markets. As a result, they campaign strong and regularly to get the ordinance removed.

The Save The Plastic Bag coalition - which is run by members of the plastic manufacturing companies - have argued that plastic bag litter posed little threat to Santa Barbara's waterfront and serenity. This coalition states that the ban was the result of ‘misinformation and spin' on the age old story that plastic bags are causing substantial harm to the environment - which they argue, is not the case at all. They also suggested that the planning committee greatly understated the spike in paper bag and non-woven tote bags usage that would be seen.

Non-Woven Tote Bags Can Help in Keeping the Environment Green

Non-woven tote bags and other environment friendly bags are seen as being the sensible alternative to the ban in plastic bags. The city's implementation team is looking at not only asking the people that flout the plastic bag ban to pay hefty fines, the team is also focused on helping consumers as well as businessmen that are impacted by the ban understand the various alternatives that they could use and the resources that they could avail of.

The fact that non-woven tote bags can have a role to play in a businesses' marketing plans means that this avenue of advertising can be exploited significantly. The type of material used also makes it a much more preferable choice when it comes to carrying a number of different types of products.