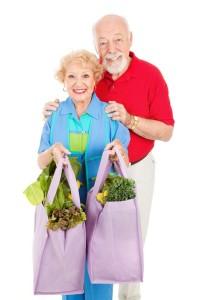 Ever since the Solana Beach city council imposed the plastics reduction ordinance in August, the stash of plastic bags and covers has reduced by a considerable amount. Carrying wholesale reusable bags seems to be the new practice in the city, even though the transition from plastics to reusable totes hasn't been an easy one for the residents.

The bag ban was adopted on the 9th of May as the City Council wanted to lower emissions, conserve resources and reduce the marine pollution and litter. It went into effect on the 9th of August for only the larger retailers in the city, such as the convenience and grocery stores. According to recent reports from the City Council of Solana Beach, the ban will be extended to include the other retailers as well, starting November 9th.

According to the council members of the city, over 6 million plastic carry-out bags can be eliminated on a yearly basis, once all the retailers are included as a result of this measure. The retailers are however allowed to provide organic paper bags to the shoppers, and are allowed to charge a fee of about ten cents or less per bag. It looks like the extension of the ordinance isn't going to cause many problems as the residents are already getting used to carrying wholesale reusable bags for shopping purposes.

After listening to the City Council's decision, some of the retailers in Solana Beach have decided to not impose a fee on paper bags, as they fear losing their customer base. Solana Beach's city council members feel that this decision is up to the retailer, as long as they recycle. The manager of the city feels that there is a misconception that Solana beach profits from the fee imposed on bags. All the money collected from selling paper bags will go directly to the retailer. It will be used to promote reusable bags instead.

By using the money gotten from selling the bags, retailers can establish an incentive program and promote reusable totes. Restaurants aren't included in this program, according to what the council members had to say. So far, the city has received both negative and positive feedback with regard to the bag ban. The feedback, however, has been increasingly positive as the residents slowly become used to the ordinance.