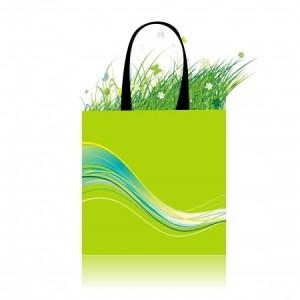 Perhaps all the plastic bag bans being implemented by a number of cities in the United States have also influenced South Lake Tahoe. The city thinks it is time to say goodbye to the non-biodegradable plastic bags and make way for reusable and recycled bags instead.

According to a report by The Tahoe Daily Tribune, the ban will come into effect from mid-January next year for food vendors and grocers. Other retailers in the city will have time until October 15, 2014, to adapt to the ban. The ordinance also mentions that the city will benefit a lot if not just residents but also visitors start using reusable bags like cotton canvas bags, reusable non-woven bags, totes, and cloth bags.

Supporters of the plastic bag ban were happy with the news. They said that plastic bags harm the environment of the city to a great extent as they are non-biodegradable. This ban will help in keeping the city much cleaner and also reduce the area covered by plastic bags in the landfills.

The ordinance also talks about imposing a fee on the use of paper bags by customers in stores. But grocers have said that such fee will have a bad impact on their business as their customers will switch to options where they do not have to pay for the bags. The members of the council said that they will carry out an informal survey which will help in determining the impact of the ban on local enterprises.

The biggest win for South Lake Tahoe will be when residents of the city come together and switch to eco-friendly options like non-woven bags and cloth bags for carrying their groceries. They don't need to rely on plastic bags for this as reusable bags are much stronger and durable. Once people themselves start using reusable and recycled bags, even businesses won't be under the pressure of pulling away the fee on paper bags. Support from the residents of the city will help in keeping up with the ban.