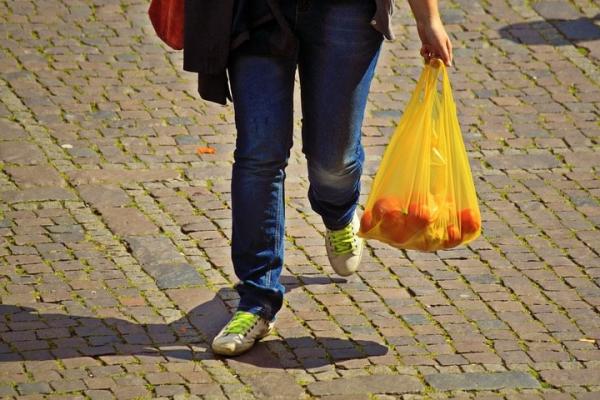 Back in September, we watched as California took a huge leap in the fight against climate change – when the eco-conscious state signed a bill to reduce its greenhouse gas emissions 40 percent below 1990 levels by 2030. Now, the state is making headlines again with the recent ban on plastic bags.

The California Plastic Bag Veto Referendum (Proposition 67) was approved by voters on November 8 – a narrow margin of 51.97% in favor to 48.03% opposed. Although a narrow win, it's a huge win for the environment, which still happened despite a $6 million campaign waged by the plastic bag industry.

“California voters have taken a stand against a deceptive, multi-million dollar campaign by out-of-state plastic bag makers,” said Californians Against Waste (CAW) campaign co-chair, Mark Murray. “This is a significant environmental victory that will mean an immediate elimination of the 25 million plastic bags that are polluted in California every day, threatening wildlife.”

Thanks to the vote, most grocery, convenience, pharmacy, and liquor stores will no longer supply single-use plastic bags which means that California shoppers will have to either bring their own reusable bags or purchase a 10 cent bag at the store.

But this isn't groundbreaking news to many Californians since about 150 cities and counties across the state, including Los Angeles, San Francisco, San Jose, Palo Alto and Oakland, already passed their own bag laws. Murray noted that these cities have not only seen reductions in the amount of litter but have also saved taxpayers in paying costs towards pick up and unclogging storm drains.

Countries like the UK, Bangladesh, France, Africa and Italy have also had success with plastic bag bans and plasticware bans along with an increase in consumers using reusable bags. And it's great to see California making such a progressive environmental move for the U.S. Let's just hope other states will soon follow suit.

Californians have until December 16 to prepare when the new law will take effect.