Plastic Bag Waste is Taking Over the Planet

Plastic Bag Waste is Taking Over the Planet 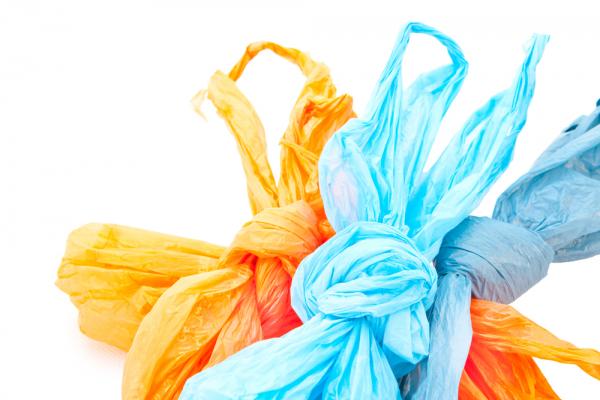 Trillions of one-time use plastic bags are used worldwide each year. Although the United States is starting to take action against plastic bag waste, numerous other countries are years ahead of us. Countries all over Europe are taking measures to reduce plastic bag use 80 percent before the year 2020.

Ireland has the most well-known bag tax, which started in 2002. They were the first to charge consumers directly, starting at a rate of 15 euro cents, or 20 cents the US, per bag. Inside five months of introducing the tax, bag usage dropped by over 90 percent, which greatly reduced plastic waste. Then in 2007, the bag tax was increased to 22 euro cents. Years later, in 2011, a law was amended with the aim of keeping annual bag use at or below 21 bags per person.

Wherever you live, whether you're inland or by the ocean, you can't escape plastic bag waste. The European Commission said that over 90 percent of birds that surround their seas have plastic in their stomach, along with many sea turtles. Australian states decided to ban plastic bags in order to protect the whales that migrate there. Malaria outbreaks were linked with plastic bags collecting water in Kenya and in the Philippines, sewers are being clogged which created flooding. Cattle and sheep are choking to death from ingesting plastic bags.

In Rwanda, you'll be forced to surrender your plastic bags when travelling into the country. Due to this anti-plastic bag strategy, there's even a black market for plastic bags. In South Africa, plastic bags are called the national flower, due to them being caught up in bushes and trees. There isn't anything better happening over in China, even with cities limiting plastic bag usage. Before the 2008 Olympics in Beijing, a national law was passed to ban extra thin bags and stores were charged a fee if they wanted thicker ones.

Help Save our Environment from Plastic Bag Waste

Plastic bag waste has had a huge negative effect on society and it's going to take more than a bag ban to make a full recovery. Getting rid of plastic bags is just one small link in the chain if countries want to get back to homeostasis. Plastic needs to stop being thrown away without being recycled – It needs to be reused for other materials. Plastic bags are only used for a couple of minutes, and thrown away, yet they'll last for hundreds of years, being shredded into smaller pieces and are never fully breaking down. More action needs to be taken against plastic bag waste or it will take over our planet.