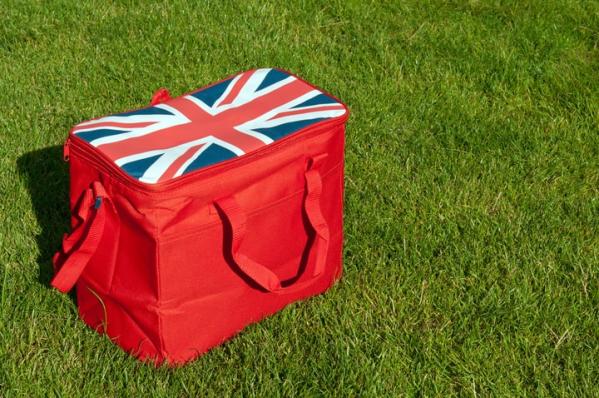 In 2014, more than 7 billion plastic bags were estimated to have been handed out to shoppers at major retailers in England. This number was derived from the country's seven main retailers: Asda, Co-operative Group, Marks & Spencer, Morrison's, Sainsbury's, Tesco and Waitrose.

As of early October 2015, a new policy was put in place requiring large shops (with 250 or more employees) to charge 5p for all single-use plastic carrier bags.

In just six months of the charge being enacted, the number of single-use plastic bags plummeted by more than 85 percent. "This is the equivalent to the weight of roughly 300 blue whales, 300,000 sea turtles or three million pelicans," according to DEFRA. A fitting analogy considering that the bag fee was introduced to help reduce litter and protect wildlife.

To date, the plastic bag charge has raised over £29 million for good causes including charities and community groups. Even though England was the last part of the UK to adopt the 5p levy (after Scotland, Wales, and Northern Ireland), the scheme was just as successful. It just comes to show that it's never too late to make a change.

Bangladesh, Africa, Italy and the U.S. Are Saving the Planet Too

The UK isn't the only place that's making progress. In 2002, Bangladesh became the first country in the world to ban plastic bags altogether, after they were found to have blocked local drainage systems during floods. Other countries including South Africa, Kenya, China, Rwanda, and Italy followed suit.

The United States is also eager to join the fight against plastic. Between 2015 and 2016, at least 77 bills have been proposed by 23 states regarding the regulation of plastic bags in retail settings. The cities and counties that have already implemented plastic bag fees include: Boulder, Colorado, Brownsville, Texas, Montgomery County, Md., New York, N.Y., Portland, Maine, and Washington D.C.

Reusable Bags Are the Answer

Plastic poses a major threat to our environment, ecosystems, and marine life. It's even being found in seafood that can eventually land on our plates. So, what's the solution?

We already know that a trillion single-use plastic bags are used each year, so by cutting out plastic and switching to alternatives such as reusable bags, we can significantly reduce our own personal waste and help the environment.

After all, one of the main reasons for DEFRA's plastic bag policy was to “reduce the use of single-use plastic carrier bags, and the litter they can cause, by encouraging people to reuse bags.”