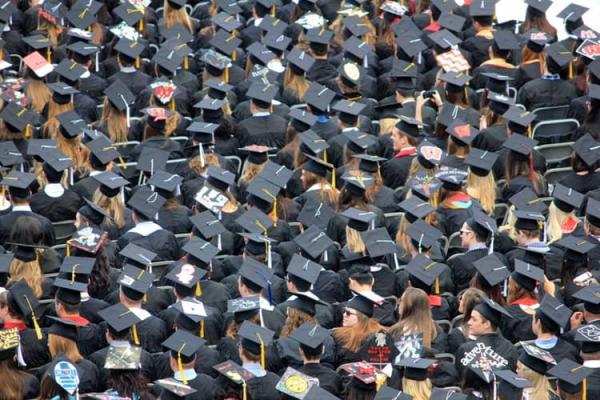 University of Southern California students CeCe Uhrich and Tim Buchanan live in a two story house. They live with eight other USC students. Their shelves are filled with items bought in bulk and their basement contains a compost pile. A small container containing dollar bills sits near the front door. This serves as the "ecotax collector" when one of the residents decides to purchase something from Amazon, Postmates, etc. These services cause extensive waste of multiple types.

This house is part of USC's Eco-op. The Eco-op is an environmentally friendly themed cooperative house near campus. During the year, their house is open to students. They host vegetarian potlucks once a month, along with other green get-togethers.

These 10 students are focused on living and promoting sustainable lives.

"It's a place for people who are frustrated by roommates who don't recycle," said Uhrich. She is an environmental studies and environmental science and health major at USC. "People who want to share with each other and be actual friends with each other and care about each other is one huge aspect of it, and I think that's really the pull. Then the second level is everybody should care about sustainability and just other important things in general."

Eco-op focuses on small acts to encourage sustainable living. This includes buying reusable products, not using paper towels, and sharing food to cut down on waste. The residents even go far enough that they restrict toilet flushing to cut down on water usage. Toilets can use up to seven gallons of water per flush depending on the toilet's age!

Uhrich adds, "Every kind of aspect of your life has to change if you want to live a sustainable lifestyle. So, it's kind of just always listening to each other's ideas and suggestions...being willing to sacrifice a little bit of your personal comfort for sustainability."

Buchanan, also majoring in environmental science, told USC newspaper the Daily Trojan that joining Eco-op has exposed him to more environmental issues. "I came from New Jersey where environmentalism is more pollution. I grew up by the ocean, so protecting it from that side I knew very well, but there's a lot more to it than that, obviously, that I got into when I got out here to school."

Uhrich also said that the recurring potlucks give students a chance to build a community and learn from one another. "We want to be able to meet each other's friends and have a place for those friends to meet other friends. Potlucks usually ended up being a pretty good place to meet people because people will come alone and not know anybody and bring their dish and then meet somebody from that and end up talking all night."

Some of the other events Eco-op has hosted in past years include gardening and compost workshops. Uhrich wants to add sustainable fashion to this year's list.

When the house was first built, residents included chickens and a large garden. Students found it difficult to care for the animals due to their busy schedules. Also, the management company built a new structure in the backyard that reduced available plant space. Members have since restarted a smaller garden that contains kale, parsely, and broccoli. "We try to be self-sufficient to some extent in terms of food so you don't always have to rely on Ralphs," said Uhrich. Ralphs is a grocery chain in Southern California. "Then, at the same time, vegetarianism, veganism--we try to promote that too, not only within our house but also when we host events."

Not everyone living in the house is vegetarian or vegan, but Buchanan notes that it makes all the residents more mindful of what they eat. "It definitely helps me to think about reducing as much as possible and learning how to cook better with less impactful sources," he says. "Not only less meat but when you do meat focusing on the chicken side of the spectrum rather than the beef, knowing where you're sourcing things from and just cooking better meals that taste better but have a lower impact."

Uhrich says that she enjoys the diversity within the Eco-op and it is something she will miss once she graduates. "Not everybody has the same major, and not everybody feels the same way about things," she explains. "It's always good to have some different ideas to make each other better."

Though not part of USC's Environmental Student Assembly, Eco-op hope that by next semester it can be, in order to become more involved.

You can get started on your own green journey with Custom Earth Promos. With bags and bottles of all types, we have the perfect promotion for your eco-friendly business.