Zero Emissions Around the World in Just Eighty Days

Zero Emissions Around the World in Just Eighty Days 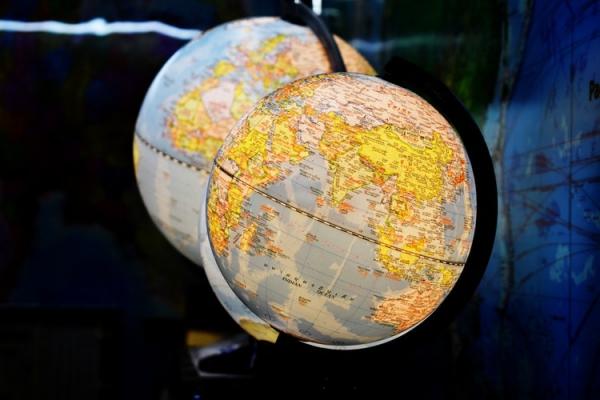 Phileas Fogg was the first person to try and journey around the world in only 80 days. He is the main character in Jules Verne's novel Around the World in Eighty Days. Nearly 150 years later, a new race is being attempted—this time, without combustion engines.

Fogg's circumnavigation was written when fossil fuels were first being used to mainstream transportation, and nearly a century-and-a-half later, another adventurer is now inspired by the novel.

The Jules Verne Trophy is given to the yacht that circumnavigates the globe the fastest, but now, Dutchman Frank Manders is challenging teams to drive the planet in the same time as Fogg, using only zero-emission vehicles, in what he is calling the 80 Day Race.

"Back in 1873, the new tech was fossil fuels. Now, we have sustainable and renewable energy. So it was the idea of bringing back that adventurer style but embracing this new approach."

While the race has a low carbon footprint, it comes with a high price tag! Registration opened earlier this month. Forty spots were up for grabs, but they cost over $44,000 for those signing up by the end of March!

The race has just three rules:

"We didn't want something like a 250 page FIA rule book. That way, people can have different approaches to how they see the zero emissions working on the vehicle."

The race combines Manders ambition for adventure and greener credentials. He previously set up Wonders of Waste. This race challenged teams to travel from Rotterdam, Netherlands, to Rome, Italy, powered by used cooking oil.

The 80 Day Race is scheduled to begin in April or May of next year. It will begin in Paris, France, and head to Astana, the capital of Kazakhstan. From there, teams will navigate across China, before crossing the Pacific Ocean to Vancouver, Canada. The race resumes in San Diego, California, this leg ends in Cancun, Mexico; after journeying across the Atlantic Ocean to Marrakesh, Morocco, the final leg takes place from Monaco back to Paris, France.
While you take this long trip, save space in your vehicle by keeping all of your things in an eco-friendly messenger bag or backpack.

Mander's inspiration came from his passion for the Dakar Rally he had as a child. Born in 1979, competitors traveled from Paris, France, to Dakar, the capital of Senegal, in West Africa. Since 2009, it has been held in South America; there is also the Africa Eco Race, which recently finished its 11th competition.
Let Custom Earth Promos inspire you to go green.

"I was 12-years-old when I first saw the Dakar. It was on TV at midnight and obviously I wasn't allowed to watch, so I'd sneak into the living room in the night when everyone was asleep and watch it."

One of Mander's backers is former Dakar director Hubert Ariol. He competed in the first nine races by motorbike. He was also the first racer to win on both two and four wheels.

"It's funny to think that 35 years ago I was creeping down to watch him on TV, and now I have him on speed dial!"

The 47-year-old is an adventurer himself! He and his brother attempted to complete the Dakar, driving from their home to Senegal in an old Land Rover, but they never finished..

"It broke down in Morocco for 10 days, so we had to redo the engine, and then we were held for another 10 days at the Algerian border as they said our papers weren't in order. I was on vacation so had to return home after six weeks. My brother made it as far as Niger and then sold the car, so we never made it."

One of the racers already entered is Chris Ramsey, known in the motorsport world as Plug In Adventures. He will be driving on complete electricity. Most of his adventures, from the 10,000 mile Mongol Rally he raced in 2017 to the 60-hour Edinburgh to Monte Carlo (Scotland to Monaco), have been behind the wheel of a Nissan Leaf.

"For the last eight years, I've been doing sustainable adventures."

Ramsey used to work in the gas and oil industry in Scotland before switching to renewable energy.

"We're traveling through some of the most polluting cities and countries with this so we can show what's capable with electric and/or hydrogen power. Hopefully we can inspire individuals to make the change, and make them understand electric vehicles are a reliable option."

Ramsey's navigator has yet to be determined, but he knows it won't be his wife Julie. She joined him on his last adventure, the Mongol Rally, despite an aversion to long car trips.

Ramsey also has plans to enter the Dakar race in the future. Ultimately, he believes that manufactures will get on board with the 80 Day Race and what it stands for.

"I'm confident they'll get involved and this place will have a long future on the calendar. This is just the start."