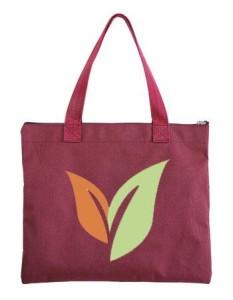 Recently, a number of cities in Western Washington, including those of Olympia, Lacey, Tumwater and Thurston County, have moved to activate an ordinance that completely bans plastic bags from grocery stores. The ban, which has already taken effect, has been introduced primarily to reduce the amount of plastic waste material entering waterways, lakes and oceans, endangering marine life. Retailers across these cities have commented that, although paper bag alternatives may be more expensive, they are hoping that customers will be moved to bring their own wholesale reusable bags when they visit stores.

The plastic bag ban introduced across Thurston County and neighboring cities is no different from the bans already implemented in major states like Los Angeles, Seattle and Washington. The ban is particularly targeted towards grocery stores, forcing them to switch to more expensive plastic bags. However, there are some exemptions included in the ordinance which allow for plastic bags to be used in certain circumstances.

Plastic bags will still be provided by grocery stores but only for in-store usage, in order to carry heavy items like meat and produce. The ban does not extend outside of grocery stores, with dry cleaning outlets, newspaper stands and take-out restaurants still allowed to use them.

Instead of plastic bags, grocery stores will be encouraged to provide a five cent fee on paper bags. The general reaction from mom-and-pop retailers has been positive, with many hoping that customers would begin to bring their own wholesale reusable bags, rather than choosing to pay the five cent fee for paper bags. Those grocery stores who do not abide by the ban will be susceptible to heavy taxes from the city council.

Statistics show that members of Thurston County use approximately 90 million plastic bags every year. Many of these plastic bags find their way into the lakes, oceans and waterways. Small pieces of plastic that detach from these bags are often mistaken for food by marine life, who later die from contamination.

Retailers have long been encouraging customers to bring their own wholesale reusable bags to the store. Reusable bags are not only environmentally sustainable, but far more sturdy and practical than plastic or paper bags. The entire situation can be a win-win for customers and the community, as long as individuals rid themselves of the habit of using plastic bags.