School Students in Meriden Make an Effort to Recycle

School Students in Meriden Make an Effort to Recycle 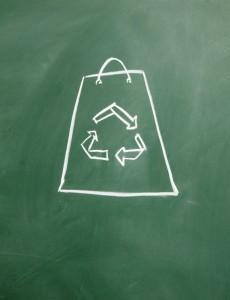 To reduce their environmental footprint, teachers and students at the various schools in the Meriden region will start taking part in recycling activities in the coming few weeks. To facilitate recycling in all these schools in the region, the city officials have come up with a new plan where all school authorities will dispose their waste into a recycling bin and participate in a single-stream recycling system. The motto of Reuse, Recycle, and Recover has gained a lot of importance in the recent years. So it's not a surprise that organizations, households, and now even schools are trying to make efforts to inculcate this motto in their daily lives.

Prior to the new proposed change, school authorities only participated in recycling activities that would convert paper and cardboard into eco friendly promotional items. However, with the new system in place, the students and the teachers will dispose various items into blue recycling bins. To make the process of waste segregation simpler for the school authorities, the city officials will place a blue dustbin in every classroom along with a promotional poster. This poster will have the details of all the materials that need to be disposed and the bins where they need to be disposed as well.

According to a Superintendent in one of the schools that is participating in this event, Mr. Beningni, more schools should incorporate such activities to inculcate values in their students. Such activities give the students a lesson that they shouldn't waste their resources and use them wisely. They also teach them how to reuse materials and to convert them into useful items that can be utilized by others as well. He also adds that with a bin placed inside the classroom, the students and the teachers will be motivated enough to recycle their waste, as they won't have to make any efforts to go looking for a recycling cart.

This recycling initiative, which will be implemented in many schools in Meriden, was initiated by Rosanne Moore who names it as Meriden Public Schools Recycles Today for a Better Tomorrow. As the name suggests, this initiative aims at establishing a sense of responsibility among the students and the teachers for a brighter future. Rosanne has made many efforts to inculcate recycling behavior in her student in the past few years, and is extremely excited that so many schools are going to follow the same. She proposed this idea in front of her school authorities without any expectations, and is glad that the city officials approved of the change in the school waste management system.