Dealing with Solid Waste Problems in Orcas and San Juan

Dealing with Solid Waste Problems in Orcas and San Juan 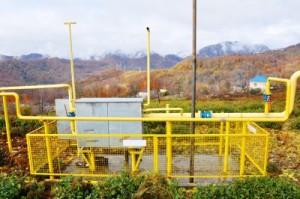 San Juan Island's Vendor Selection Committee might propose a contract with Lautenbach Industries of Mt. Vernon and Kentec Energy USA of Lynnwood, on a recycling facility.

Rich Peterson, the County Councilman and committee member said that Kentec has presented an innovative way to deal with the solid waste issues of the county. Kentec USA, affiliated with Kentec Korea, constructs and operates gasification facilities in Europe and South Korea. Likewise, Kentec USA proposes to construct and operate on San Juan Island, a gasification plant of capacity 20 tonnes a day.

Lautenbach would renovate the current facility and continue to operate it. Kentec asserts that the new zero emission plant would incinerate trash and produce gases from which electricity could be generated. The generated bio fuel could be used for various purposes and the residual carbon could be used for road constructions.

The main obstacles in setting up the plant by Kentec USA were the capital costs and the regulatory policies. But the project poses no risk to the county's finances.

The Orcas Recycling Services in Orcas Island has requested complete control over the operation of the reuse facility of The Exchange. It also asks for authority to operate the tipping floor currently utilized by the San Juan sanitation, an organization in charge of collecting trash and recyclables across the county.

Mulcahy, the Public Works Director of the County has outlined three options. The first alternative is to split the tasks between the Orcas Recycling services and Cimarron. This is difficult as Orcas Recycling requires the income generated by the tipping floor to recycle material into useful eco friendly promotional items.

The two other alternatives are engaging the services of only Cimarron or Orcas Recycling. The Executive Director of Orcas Recycling, Mark De Tray said he was optimistic that the county council would accept the company's request to take charge of the facility independently.

In response, Cimarron's President Blair Estenson said that though negotiations on the contract favored ORZ (Orcas Recycling), a solution that included Cimarron was still feasible.

Both ORZ and Cimmaron were eager to take advantage of the contract to put their best efforts to the environment sensitive initiative. The measure would drastically curb the accumulation of solid waste in landfills. A decision by the end of December 2012 is expected because the current contract for garbage disposal terminates soon.