Renewable Energy Soars in 2017 As Wind Gets Cheaper

Renewable Energy Soars in 2017 As Wind Gets Cheaper 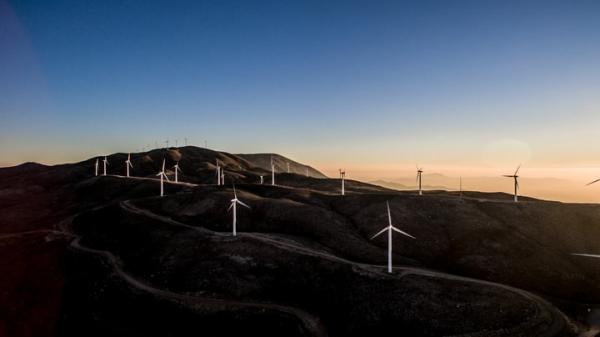 The world's investment in clean energy fell in 2016, according to a new report released by Frankfurt School-UNEP this week.

The Global Trends in Renewable Energy Investment 2017 report revealed that global investment in renewable energy excluding large hydro fell by 23 percent to $241.6 billion, the lowest since 2013 – and for the most part, that's a good thing.

Energy experts credited the drop to falling costs of wind and solar power along with China's slower economic growth and the phasing out of subsidies in Japan and other countries.

There was record installation of renewable power capacity worldwide in 2016. For instance, investment in offshore wind grew 40 percent, according to another report by RS Components. This indicates a strong push away from fossil fuels toward renewables.

The UK is one of the best places in the world for wind power. In the last year, the UK generated more electricity from wind power than from coal. Scotland, in particular, is a wind power all-star.

In an analysis of WeatherEnergy data by WWF Scotland, Scotland's wind turbines provided more than 1.2 million megawatt-hours (MWh) of electricity to the National Grid last month which is enough renewable electricity to power 136 percent of Scottish households, or 3.3 million homes. 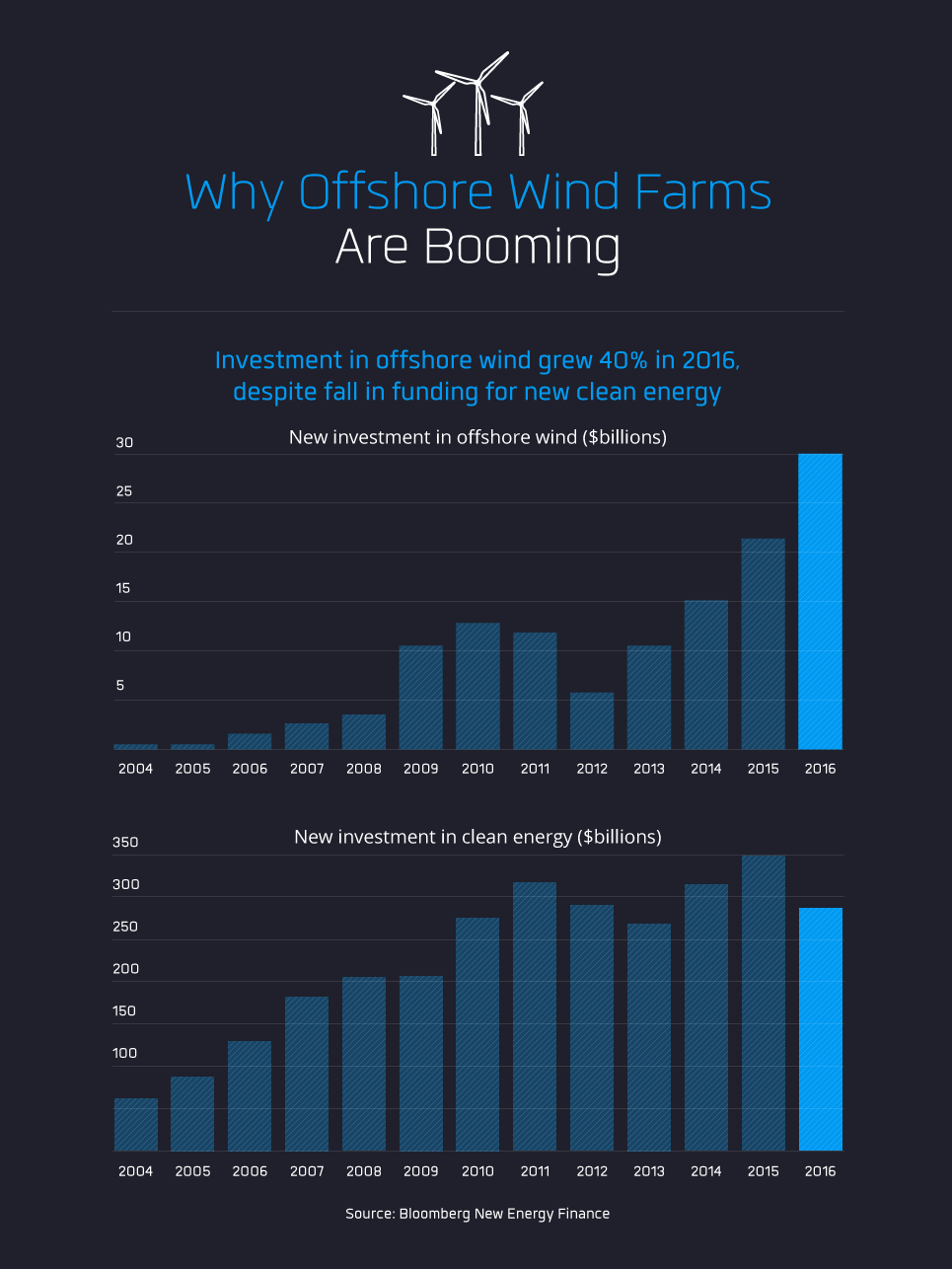 However, the UK isn't the only nation celebrating milestones in wind power. India for example, recently added a record win power capacity of 5,400 megawatts (MW), vastly exceeding its initial target of 4,000 MW, according to India's ministry of new and renewable energy.

Wind energy is also one of the largest and growing renewable resources in the U.S., despite the Trump administration vowing to scrap federal programs that encourage renewables.

A new analysis from the American Wind Energy Association (AWEA), predicts the wind industry could drive a quarter million American jobs by 2020 and over $85 billion in economic activity over the next four years.

The benefits of wind power and renewable energy couldn't be more clear. This industry has enormous potential and it's the one to watch for economic growth on a global level.