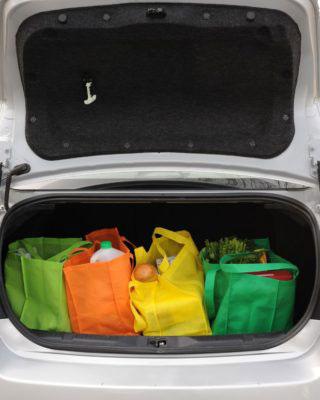 An introductory proposal was submitted to the policy makers at a Santa Fe community meeting to ban all the retail stores from offering plastic bags as carry-outs. The proposal received quite a few mixed reviews from the advisory committee members of the city, which suggested that the bag ban issue is far from being done.

Since the preliminary proposal didn't lead to a satisfactory response, the policy makers have decided to conduct another community meeting along with the Chamber of Commerce member of Santa Fe. By arranging this meeting, inputs about how the ban could affect the environment and the businesses can be gathered.

The City Council had proposed a plan in 2008 to ensue that the retailers would charge their customers for every plastic bag. Even though the plan may have worked, the councilors backed away and instead voted to start an educational program.

According to the vote, city staff decided to include a program in school curriculums that would educate the children to stop using single-use plastic bags and other items. The new proposal made at the community meeting is considered to be one way of bringing back or implementing that 2008 resolution.

Wholesale Reusable Bags Are the Alternative Choice in Santa Fe

All the members of the Department of Economic Development along with the members if the Business and Quality of Life, are now working on another draft proposal. According to this proposal, the usage of disposable plastic covers and bags needs to be banned at retail stores and instead, introduce seed paper and reusable bags. The stores could also charge a fee for each paper bag sold according to the proposal.

It should be made mandatory for all the retail stores to sell or offer the reusable bags and covers, according to this draft. As an exception, meat and other produce can be packaged in plastic covers or bags. It is considered to be a growing initiative for the entire environmental community.

While other cities and communities in Los Angeles, Texas, California and Washington have already imposed the ban, Santa Fe had very few officials backing the proposal. One of the committee members even said that when he conducted a survey at a number of small retail stores, he found that the owners were already encouraging the shoppers to carry their own bags, which meant that the ban wasn't entirely necessary.