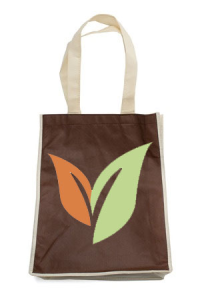 On Thursday, Southhold Town organized a community forum on the issue of banning plastic bags in the area. The meeting was a success, and various panelists like Debbie O'Kane of the North Fork Audubon Society, Kevin Shannon of the Southold Business Alliance and many others joined together with the citizens to discuss this pressing issue.

Southold Town Supervisor, Scott Russell, said the meeting was a great success with many people supporting the ban. Banning single use plastic bags is a prime agenda for environmental activists. Local businesses, on the other hand, do not support the ban and say that it will have a negative effect on their functioning. A number of suggestions were put forth during the meeting. One such suggestion was offering incentives to customers who carry reusable bags, and another was offering promotional reusable bags to customers who did not have a reusable bag. A surcharge or fee of five cents for each bag was also proposed by the forum. The ideas were accepted by retail store owners and they were content with the ban being all pervasive.

The ban is not without opposition though. Riverhead Town Councilwoman, Jodi Giglio, said that businessmen have the right to decide how to deliver their products. She added that she will not support the ban on plastic bags. However, a majority of the public did speak for the ban, and so, the ban will be implemented soon.

While the plastic bag ban will go into effect, an alternative to the problem is already here in the form of promotional reusable bags. These bags will be given out to customers for a fee, or if the retailer so desires, will be given free of cost. This step will not only make people aware of the ban on plastic bags, but it will also give them a chance for eco-living. Environmental pollution is majorly caused by single use plastic bags and banning them and promoting the use reusable bags is a sustainable solution.