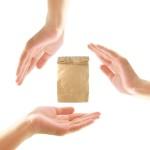 The student group of New Technology High School, Napa, California, has decided to back one of the City Council candidates of Napa. According to a media release, the students will be handing out promotional reusable totes, in support of Alex Pader.

The students are working together on a project for the school, which is about the disadvantages of using single-use plastic shopping totes. Since their topic is regarding anti-plastic bag usage, the students are wholeheartedly supporting Alex Pader, who is a young City Council candidate in Napa, who also supports the usage of reusable bags.

Anna Yip, who is one of the seniors at New Tech, said that the student group is planning to spend quite a few hours distributing reusable bags for free to the shoppers on the 28th of October, in north Napa.

According to the statement by Yip to the City Council, the student group was asked to prepare a research report on a candidate and create campaigns in support of the candidate. The students have been asked to come up with a plan as to how their campaign would affect and reach the targeted audience ahead of the elections.

While doing their research, the students felt that Alex Pader was the best candidate as they felt he had a clear stance on environmental issues. More specifically, Alex Pader was talking more about the issue of plastic bags, and had his argument clearly detailed on his official website.

The students decided to spend about $283.18 on the reusable bags, which would each have the logo of Alex Pader on them, in order to give away to the public. Locations at which these bags will be given away are Bel Aire Plaza and Trader Joe's. Students of New Tech High are planning to reimburse themselves by hosting movie night fundraisers later in November. Pader has also donated about hundred dollars in order to show his support for the student's project.

Disposable plastics are not just harmful to the environment but also are a significant cost to the Napa City and to the Authority of Waste Management. According to a Nay Area study, it was found that disposable plastics actually cost twenty cents for each bags, when you take account for the cost of purchases, taxes and garbage rates. So it is always best to utilize reusable totes instead to get rid of all these issues.