Thurston County Plans to Shut Down its Plastic Recycling Program

Thurston County Plans to Shut Down its Plastic Recycling Program 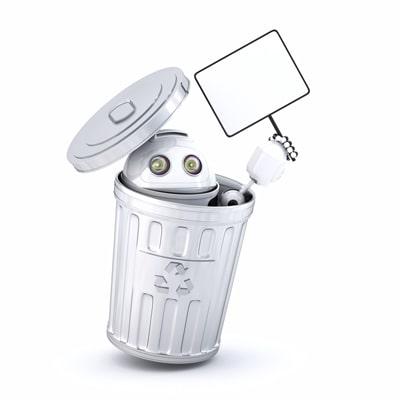 The Thurston County recycling unit was known for its plastic recycling program. However, since the number of takers for plastic has dropped drastically, sixty tons of plastic are just lying around as no one is ready to buy them. The facility it is left with no option but to shut down its program related to recycling plastic.

Why Is the Plastic Recycling Program Being Shut Down?

The facility that is responsible for recycling plastic in Thurston County, Washington, sees an inflow of approximately fifteen tons of plastic film on a monthly basis. However, if you look around, you will find sixty tons of plastic just lying around as no one is interested in buying plastic.

Jeff Harwood, the District Manager at LeMay who supervises the recycling operations in Thurston County, states that there is no market for plastic. As a result of this, from the first of October, LeMay will no longer be accepting plastic film in any form. To get a clearer picture of this, if the plastic can be torn or pierced easily with a finger, it will not be accepted.

China recently introduced strict rules with regard to the kind of material it would accept for recycling and has initiated a program known as ‘Operation Green Fence'. As per the new rules, for the purpose of recycling, China will accept only material of high value which is in demand. Low grade plastic will no longer be bought by them with the view of making China a cleaner country. This has resulted in the failure of the program in Thurston County and could result in Thurston being stuck with their low quality plastic.

People are disheartened by the decision to discontinue the recycling program. With people using plastic bags abundantly, the used bags would surely end up in landfills and this is worrying citizens of the area. Jim Silver mentioned that plastic must have an alternative use, while volunteering to run the program at the Panorama City Senior Living Community.

Thurston County will be disposing its recycling container for plastic film at the county landfill. According to KIRO-7, Pierce County does not have any program for recycling plastic. Seattle, on the other hand, recycles around eight thousand tons of plastic yearly, but the same amount also lands up in landfills as it is too dirty to be sold.

Residents Can Use Wholesale Reusable Bags to Make for the Loss

Once the program is discontinued in Thurston County, residents are surely going to have to come up with alternative options so as to curb the number of low grade plastic bags that end up in landfills. The best way of doing so is through the use of wholesale reusable bags. Reusable bags are much stronger than low-grade plastic bags and can be used to carry heavy groceries with ease. In addition, they can be washed and used repeatedly for over a hundred uses and this will definitely help to reduce the number of bags that make their way to landfills. In addition, they can be recycled at a later stage, to make new articles.