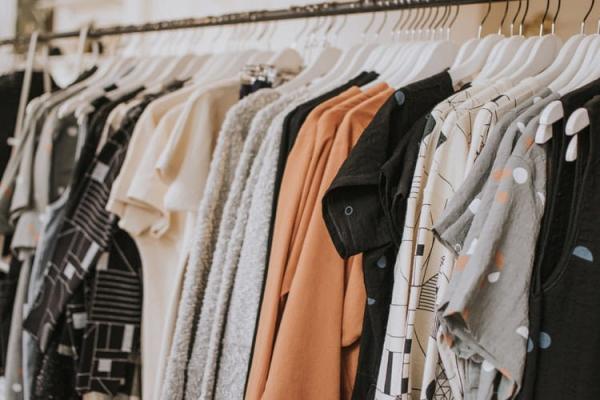 On September 14th, under the wrought-iron and glass ceiling of the Victorian train station, at St. Pancras, eco design duo Vin and Omi staged the brand's largest collection.

With 70 looks, the Body 2 Bin line was launched in collaboration with the London College of Fashion.

Passengers exiting the Eurostar train looked on with curiosity as models of all types strutted around the terrace of St. Pancras International wearing a mix of subcultures. These underground movements included punk, 90s club kids, Mexican, and Harlem. "We wanted really bright clothes, really bold silhouettes, and it's really in your face to provoke thought," Vin told fashion publication Women's Wear Daily after the show.

Vin and Omi have made a stance for a new approach to fashion since the brand started. This season, the pair has possibly made their strongest statement yet. Claiming a new religion, anplastic eco one, intelligence, respect for the earth, and responding to environmental and political issues with urgency were key aspects of the beliefs. Poodles are among the smartest dogs; the pentagram is a pagan symbol for the five elements.

We really wanted to talk about a new religion because I think people just stopped thinking and we wanted to encourage it again. We wanted people to start thinking about their own actions and we're using this collection to provoke thought.

A younger energy and "clubbier vibe" was brought to their brand. This was done without loosing their sustainability message. The rubber used was eco latex made from a Malaysian rubber plantation, the bustiers were made from vegan leather, quilted bomber jackets had pleather detailing. Shoes meant for landfills were turned into hybrids, and old trainers were mounted on the base of other shoes or tops of bags. This gave the collection a sense of playfulness and wit.

The Bin 2 Body collection began back in June during the men's fashion shows. Students collected plastic bottles from the BFC Showspace and turned them into durable textiles. This season saw the fruits of that labor in the form of accessories--a series of made-to-order bags, some resembling actual bin liners, and necklaces spelling out "think."