These Are the World's Most Toxic Countries [Map Study]

These Are the World's Most Toxic Countries [Map Study] 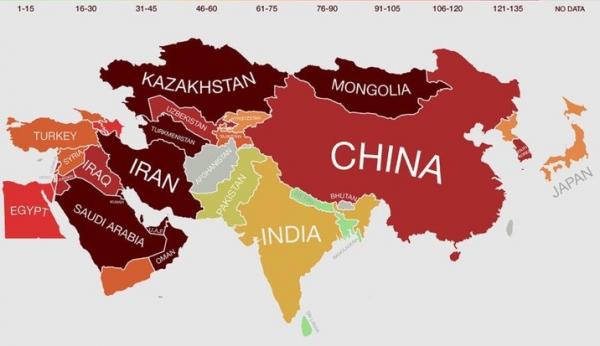 No matter where you live in the world, or how rich or poor your country is, you're bound to experience some level of pollution. However, there's a chance you might not be aware of just how toxic the area you live in really is.

To find out, The Eco Experts, one of the largest solar comparison groups in the UK, analyzed data from 135 countries and ranked the world by toxicity. They then mapped out of the results – many of which may surprise you. 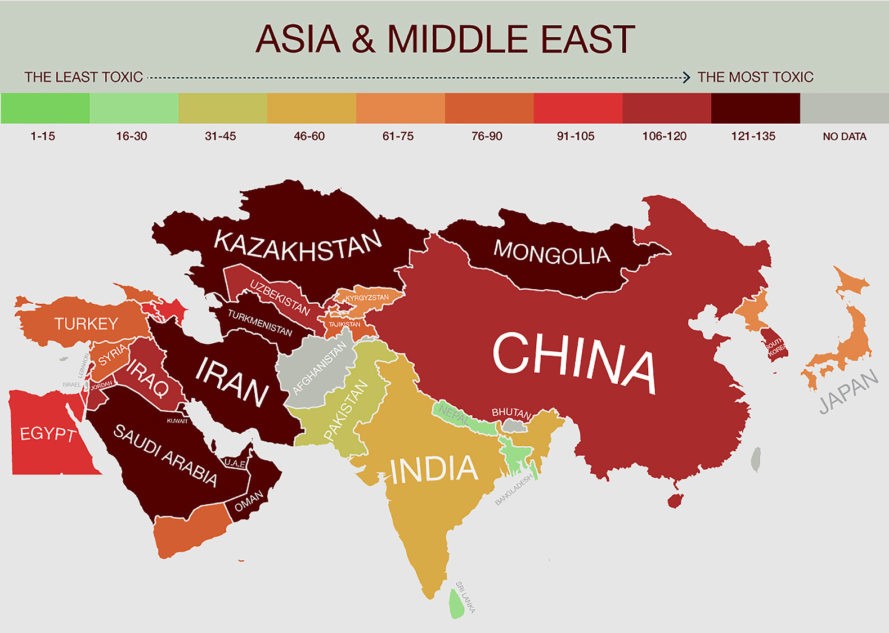 To determine their rankings and create these maps, The Eco Experts looked at the following data for each country: carbon emissions, air pollution levels, energy consumption, and renewable energy. They also took into consideration how many people had died from poor air equality, ultimately assessing which countries are damaging the environment most and risking public health.

With the highest recorded air pollution levels, Saudi Arabia took the top spot as the world's most toxic country, followed by Kuwait in second and Bahrain in third. Here's a look at the top ten most toxic countries. 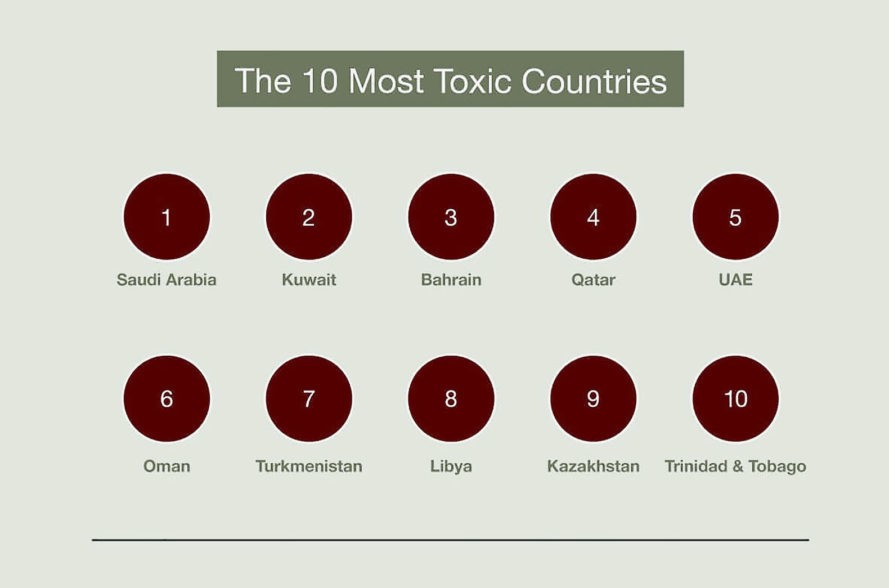 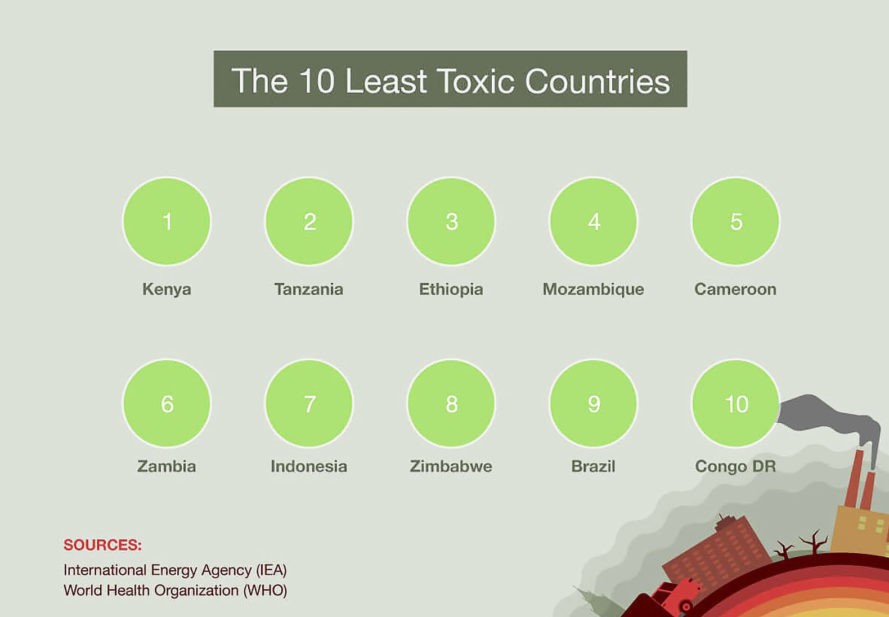 The United States ranked number 66, doing better than China and Russia and surprisingly, Canada but worse than India and the United Kingdom. One outcome we couldn't have predicted was Nordic countries like Iceland and Norway ranking higher than others for their energy use.

In a press release, Jon Whiting of The Eco Experts said, “This research is a way of naming and shaming the worst offenders around the world. Their lack of action against emissions not only puts their populations at risk of deadly pollution-related diseases but also threatens the future of our planet. These threats are not distant concerns for future generations; their effects are being felt now and lives are already being lost. This research highlights the need for every country to act fast and put more investment into renewable energy alternatives.”

It's safe to say that a lot of countries including the U.S. have a lot of work to do in terms of detoxifying.