Delay in Use of Custom Retail Bags in Chicago

Delay in Use of Custom Retail Bags in Chicago 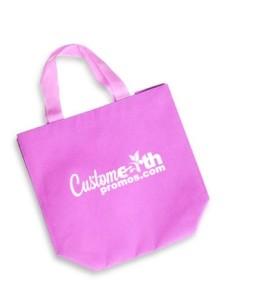 Ban on plastic bags is getting popular nationwide as various counties as well as states have taken up eco-friendly practices. As plastic bags take hundreds of years to decompose, they are seen as a serious threat to the sustainability of the planet.

What Is Causing the Custom Retail Bags Delay?

The proposed ban is looking to, like most other states that have already passed the ordinance, reduce the over-reliance on plastic bags by the general public. Studies have shown that 40 million tons of annual waste in the US consists of plastic bags. Plastic bags are often used in landfills or are simply dumped into water bodies, causing a number of toxins to interfere with the quality of water.

The aldermen of Chicago have delayed the imposition of the ban. Meanwhile, the plastic bag manufacturers are sharing information with them showing that plastic bags are used as garbage liners and for collecting pet litter. The manufacturers and their lobbyists feel that the percentage of waste attributed to the use of plastic bags is not very high. According to them, cities and states that have already passed the bill banning the use of plastic bags have seen it affect the current statistics only marginally. They also believe that the ban will cause a number of local merchants to suffer a loss in the business.

Last year, the mayor also rejected a ban that proposed only the larger retailers, those with more than 5,000 square feet of floor space available, from providing customers with plastic bags. However, the most recent versions of the ban are looking to provide smaller retailers with some leeway or benefits when it comes to promoting custom retail bags.

Custom retail bags are widely seen as the answer to any bag bans that will be implemented in the future. Custom retail bags have a number of benefits. The fact that they are manufactured with the intention of being used more often than in the few occasions that their plastic counterparts are made with, they are generally of much better quality and more durable.

One should also not ignore the impact that custom retail bags made from recyclable material will have on the reputation of any business. They promote an eco-friendly image of the business. Promoting such bags makes consumers believe that businesses are committed to the sustainability of the planet.