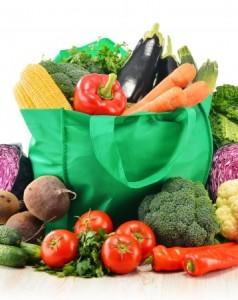 The city leaders of Alamo City are working on turning the city green and its residents into more environmentally-conscious citizens. They plan to propose a ban or figure out ways to use plastic bags more conservatively. Custom printed reusable bags are a good alternative to plastic bags. The leaders will present their suggestions to a governance committee and the final decision will be made in April.

Sustainable Options for the City

Deputy City Manager Peter Zanoni, slated out the options that are to be presented to the committee. One of them is to increase the reach of the recycling campaigns, another is to impose a fee on customers who use plastic bags at check-out counters, the third option is that stores could refund some money to customers who bring their own reusable bags. The fourth proposed option is that businesses should make an effort and spread education about reducing plastic bag use. His last option is to issue a flat ban on single-use plastic bags.

Zanoni stated that the city tried to educate residents about reducing the use of single-use plastic bags many years ago, but the campaign did not succeed. Though the campaign managed to increase the rate of recycling, but the overall use of plastics bags did not decrease. The city had spent $400,000 on the campaign. However, the private sector feels it can execute the educational campaign better by following the one business at a time approach. Zanoni praised San Antonio for its efforts of running a solid waste department, which was helping in keeping the city green. The city aims to recycle 60 percent of its waste by 2025.

We need to realize that we live in an ecosystem and here, everyone's existence is interdependent. The environment is harmed by the manufacturing and decomposing of plastic bags. Millions of sea animals and birds are killed because of them and their toxicity. Did you know that plastic bags have been found floating around Antarctica? That explains how serious the problem is.

It may be difficult to change an old, ingrained habit, but stop and take notice. Your ignorance is brutally costing your own world. There are alternatives to plastic bags – reusable bags. Custom printed reusable bags are available in several designs. Use them, make a statement.