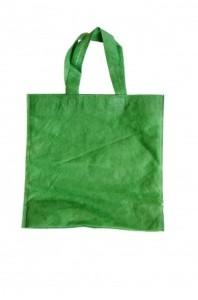 The city of Grand Rapids too is keeping up with the rest of the environmentally conscious cities. Most US cities have already implemented stiff regulations banning plastic bags and are promoting custom made bags. One probable reason why the concept is not catching up fast enough is probably the cost factor, with plastic bags being sold at a dime a dozen.

Custom Made Bags Caused a Reduction in Plastic Bag Waste

The City Council passed the resolution on December 9, 2013, hoping it will encourage a considerable reduction in the generation of plastic bag waste. You might have often seen discarded plastic bags clinging to trees or being blown across the streets, to finally settle down to clog drains and waterways. The primary cause for the resolution being pushed through successfully is the environmental organization Earth Circle.

With the cause dear to its heart, the voluntary organization has been making herculean efforts to spread the awareness of the harmful and toxic effects of plastic waste. The damage caused to the environment is immeasurable; hence the organization started off with the small local stores and other grocery stores in the vicinity. Several grocers and Ogle's Marketplace Foods, and Cub Foods have taken the initiative and responded positively, according to Pat Helmberger, a member of Earth Circle.

The organization on its part has put up posters on shop windows, reminding shoppers to remember to carry their own bags while stepping out from home. The $400 aid granted by the Grand Rapids Community Foundation was put to good use for distributing cheap custom made bags and stickers to the public. Members of the organization have distributed 800 such bags at Ogle's Marketplace Foods and Cub Food. However, Helmberger regrets that the organization has not been able to reach out to crowds thronging massive stores such as Wal-Mart, Kmart, and Target. The reason for this, according to another concerned member Yvette Schultenover is that corporate approvals are required before these large stores can implement such moves.

Use Cheap Custom Made Bags Instead of Plastic Bags

Leading corporations and consumers need to just go the extra mile in order to make such important initiatives a success. If the benefits of using cheap custom made bags are explained to higher-ups at in the corporate ladder and the town's shoppers, plastic bags can be banned permanently, giving a much-needed chance for the environment to bounce back to normal before it is too late.