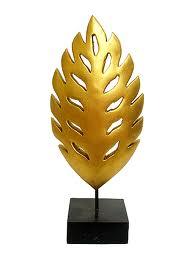 Last year, a lot of the schools in the US took part in a competition that was aimed at promoting recycling among school children. Many schools from Alabama took part in this contest, and the Marshall Christian Academy won the award for the school with the highest recycling rate in the state of Alabama.

The Alabama Winners of the Eco-Friendly Super-Bowl

The school authorities at Marshall Christian Academy were extremely happy that they won an award in the nationwide Recycle-Bowl. The school was awarded a prize money of one thousand dollars for their excellent recycling initiatives. The school authorities have planned out their entire recycling schedule for this contest, and they are planning on maintaining the same system throughout the year. The Principal of the school is happy that the students took part in this contest, as it taught them the value of recycling, and he is happy that the school was given the best school prize in Alabama.

Many local residents stated that the school is setting an example for all the other schools in Albertville. As a matter of fact, the parents of the students have decided to participate in the school's recycling activities as well.

Schools Encouraging the Use of Eco-Friendly Promotional Items

According to the Executive Director of the Keep Albertville Beautiful organization, Melody Whitten, this competition has encouraged all the schools in the region to participate in eco-friendly activities. She feels that Marshall Christian Academy has set an example for all the schools in the region, and she is hoping that other schools will be inspired by their performance.

The benefits of recycling

According to statistics, if all the school students in the United States make efforts to recycle their waste, they can recycle approximately 2.4 million tons of waste in a year. These figures suggest that recycling in schools can play a significant role in reducing the waste disposal issues within the US. This is the primary reason as to why Keep America Beautiful is conducting nationwide recycling competitions for school students. As a matter of fact, they are planning on including more schools in the next year's competition.