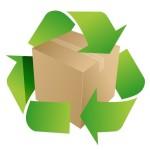 The Town Meeting in Massachusetts, which was held on the 22nd of October, 2012, saw the allocation of three thousand dollars to the Wareham Recycling Drop-off Center. It is an additional amount that the voters have allocated to the recycling center. Recycling Committee, which is a volunteer-based association, oversees the operations of this center.

The volunteer committee asked the Town Meeting members to vote for an additional three thousand dollars that will be added to the current budget of five thousand dollars. Marilyn Russell, the Recycling Center Coordinator said that the cost of managing and running this center is approximately eleven thousand dollars.

Recycling Center Gets Funds from Town and Recycling Processes

The Recycling Center receives most of its funds from the town. In addition, the center also collects funds through recycling of redeemable cans and bottles, along with collecting fees for any disposal process of various items. The items that are frequently disposed are tires, paints and plastics. Russell also said that this additional amount of three thousand dollars will be covered through the above mentioned avenues.

In the year of 2012, the town didn't fund the salary of most of the recycling center's salaries, including Russell's. The reason for this is that the town is receiving less money in state aid. In June, however, the town came to know it would be receiving more state aid than what was originally asked for. By collecting the amount coming in, the additional amount of three thousand dollars for the Recycling Center will be covered, according to what Derek Sullivan said. Derek Sullivan is the Interim Town Administrator.

Usage of eco-friendly promotional items and practicing recycling is surely bound to help build a cleaner environment for the future generations in the country. The recycling efforts of Massachusetts are quite commendable and the recycling centers are doing quite a good job by encouraging the residents as well.

Derek Sullivan feels that the town can afford the recycling efforts, whereas Brenda Eckstrom, who is the former Selectman of the town, argued against it.  Eckstrom argued that the town shouldn't provide more funding to the center as it is considered to be self-sufficient. The money raised by the center through deposit fees is enough to fund the recycling processes, said Brenda Eckstrom.