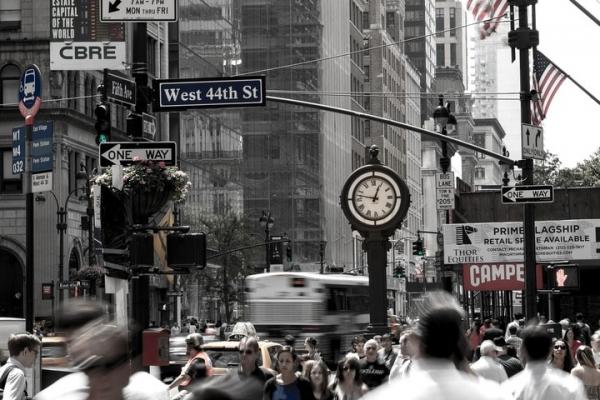 For several years, New York City has been discussing the possibility of implementing a plastic bag fee. The aim of this new fee is to encourage recycling, reusable shopping bag use, and to cut down that amount of bags being sent to the landfill. However, a 5-cent fee on disposable plastic bags that was set to go into effect this past October was delayed by the Council until February 15.

In a slap in the face to New York City environmentalists, the state Senate passed a bill last month to roll back the city's controversial fee on plastic bags.

Brooklyn state Sen. Simcha Felder, a sponsor of the bill, said, “Many families have a hard time just getting by, paying for groceries, rent and heat, and now the mayor wants to shake them down every time they shop just for the privilege of using a plastic bag. Mayor de Blasio, please do not nickel-and-dime New Yorkers with another tax."

But Deputy Leader of the New York City Council, Brad Lander, said, "the data shows that low-income people are just as capable as middle-income or high-income people of bringing reusable bags."

Disappointed but not surprised that GOP State Senate voted to force NYC to keep wasting billions of plastic bags. Hope Assembly will resist.

Those in favor of the fee system argued that is would cut plastic bag usage by a whopping 60 percent, saving the city $12.5 million in sanitation fees. Despite a lot of support, there was more opposition including lawmakers who want to overturn the ruling.

The bill will now head to the State Assembly. If it were to pass the Assembly, it's likely Governor Cuomo would sign it given that the city is pushing for it.

You Can Still Be An Advocate for Reusable Shopping Bags

While it looks like there isn't an immediate solution to New York City's environmental plastic bag crisis, there are still ways to turn things around. And regardless of what plastic bag laws exist in your area, you always have the opportunity to make a personal impact by saying "no" to plastic bags and becoming an advocate for reusable shopping bags.