Over One Million Plastic Shopping Bags Removed from Pay-Less Supermarkets

Over One Million Plastic Shopping Bags Removed from Pay-Less Supermarkets 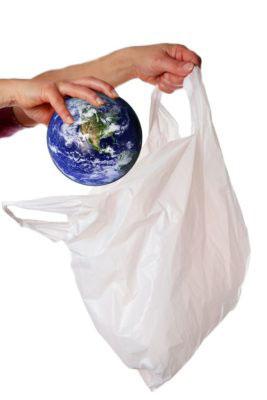 According to the Pay-Less Supermarkets' announcement recently, the company has stopped the circulation of plastic bags in all its stores and has reached its goal of getting rid of almost 1.1 million bags. The promotion, which is also called as ‘Mission Zero Bags', was first launched in January and Pay-Less Supermarkets had kept the end of 2012 as its deadline, within which it was supposed to achieve its goal.

As of 13th September, 2012, the company is proud to announce its claim that over one million plastic grocery bags were removed from circulation. The executive vice president, Kathy Sgro, was very excited to tell the world of the company's achievement, which they fulfilled three months before they hit the deadline. Every Wednesday, all through the year, customers of Pay-Less Supermarkets are constantly motivated and encouraged by the company to utilize wholesale reusable bags for shopping purposes.

The supermarket chain also offers its shoppers paper bags, which are sold for 5 cents each, so that the shoppers will become more eco-minded. Money that the company gets from selling paper bags goes towards ‘green initiative', which is sent through the Mini Grant program that the pay-Less Community Foundation organizes. All of the grants go to communities that promote environmental sustainability and interests.

‘Mission Accomplished': Pay-Less will Give Away Wholesale Reusable Bags

Since the company has so far achieved its goal, Pay-Less plans to host an event titled Mission Accomplished, on the coming Wednesday. The entire event will not only feature samplings but also have reusable bags given away to shoppers, and customers can also win reusable totes as a chance to win the grocer's shopping spree. Pay Less Supermarkets stores are also planning to announce the names of the recipients who will be awarded the mini-grants at the same event, said a company press release.

Apart from all this, the Mission Accomplished event will also feature and include quite a few exciting announcements and also some brilliant savings for the company's shoppers and regular customers. Marketing manager of Pay-Less Supermarkets, Carina Pegarido, also said that this is the company's way of thanking the entire community for all their support of turning the Mission Zero bags program into a huge success. With the results seen, the company continues to encourage its shoppers to use reusable totes in order to protect the environment.