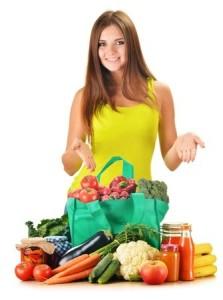 The plastic bag ban has definitely proved to be a costly affair for the Santa Fe City Council. According to the New Mexico Watchdog, Santa Fe has spent nearly $34,000 to implement the ban and almost $10,000 of this amount was utilized for advertising and public relation campaigns.

Is the Plastic Bag Ban Worth It?

To implement a ban on the use of plastic grocery bags, Santa Fe has spent $33,818.75 and the main question is whether it was worth it.

A contract was signed between the city and HK Advertising for $10,818.75 (including gross receipts tax) to develop a logo, a website and graphics, in addition to providing branding ideas. A campaign aimed at reaching out and educating the masses was also a part of the deal. The agency introduced the slogan ‘Bag to Differ' and a logo that is being used on the website of the city to publicize the ban as a measure to reduce litter and encourage the use of reusable cloth bags. Radio spots are also being used to promote the program

Residents such as Jolene Lockhart are angered by this expensive move. She rightly put it as being a waste of taxpayer's money. She added that cloth bags were bound to become dirty and would end up as breeding places for bacteria. She also mentioned that washing the bags would mean using more water.

The ban on less than 2 ½ mils thick plastic bags was to come into effect by February 27, but this has not happened due to some obstacles. Customers who opted for paper bags instead were to be charged a fee of ten percent on each bag. However, the fee was waived as the Santa Fe City Attorney felt that it could be challenged in court as being an illegal tax.

We cannot deny that reusable bags do have their advantages. They can help reduce the litter and pollution caused by single use plastic grocery bags. In addition, since these bags can be used repeatedly, the raw material required to make bags also decreases.

However, awareness regarding the same can be brought about through more reasonable avenues such as tie-ups with companies who can offer promotional reusable bags that will not only help save money but will also act as a means of advertisement for the companies.