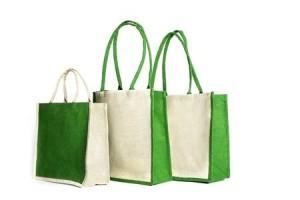 The Louisville Solid Waste Board is attempting to ban the use of plastic bags for holding yard waste. And after going through a voting process, it was decided that the ban would be implemented. However, now the tricky part was when exactly this ban will come into effect.

According to Metro Solid Waste staffer, Pete Flood, the consumption of plastic is beyond reasonable and the yard waste in Jefferson County alone, which is stored in plastic bags, would fill practically 8,000 trucks.

Yard waste is something that can be very easily recycled and turned into compost. However, if the yard waste is stored in plastic bags, it gets contaminated by the plastic, and then it ends up filling up landfills instead of being recycled.

The ban on plastic bags for yard waste was proposed by the Louisville Solid Waste Board. The vote of the board resulted in the ban.

According to the resolution of the ban, haulers would be instructed to not pick up yard waste stored in plastic bags. Further, anyone found storing such yard waste in plastic bags would (initially) be fined fifty dollars for not complying with the ban.

However, noting that this would be a tough change for people to implement, there was a question of when this ban should be implemented. So, a deliberating meeting was scheduled on 27th of May.

Those in favor of holding off the ban stated the reason that people would be caught off guard if such a ban was suddenly implemented. However, those who wanted the ban implemented as soon as possible stated that there will be a time period before it is implemented to get people used to this practice. Further, they pointed out that the longer the ban took to be implemented, the more likely it would slip people's minds altogether.

Striking while the iron is still hot, so to speak, seems to be environmental engineer Sarah Lynn Cunningham's take on the ban.

Sara Lynn Cunningham, a defender of the ban, also pointed out that Louisville spent practically 100,000 dollars a year to cart of yard waste alone to landfills – which was more than the actual garbage. According to her, it would be a huge saving should the ban be implemented.

She further turned in over a thousand signatures from petitioners favoring the ban. She argued that while some people thought that such a ban might cause a problem, the fact was that they already had a problem with this much use of plastic for yard waste. Using biodegradable bags and reusable bags was the best solution for hauling yard waste.

Reusable and biodegradable bags are the eco-friendly substitutes to using plastic bags. Although this has been a widespread message, promotional reusable bags can do a whole lot more in educating and reminding people about the option of using reusable bags.

Reusable bags are sturdy and better equipped than plastic bags . Such bags cost about the same as their plastic non-recyclable counterparts. So whether it's for carrying groceries or to store yard waste, reusable bags are the better option – both environmentally and cost-wise (especially when considering the landfill quantity of plastic bags).

Promotional reusable bags would be great for advertising and spreading awareness about the advantages and the importance of living green.