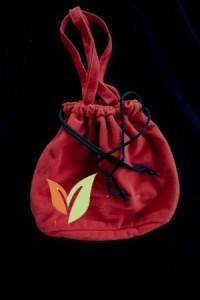 With the members of Portland's Transportation, Sustainability and Energy Committee voting 3-1 in favor of the plan to charge shoppers for disposable plastic or paper bags, the city is on its way to becoming the first in Maine to do so. Amid protests by trade bodies and business groups, the committee endorsed the proposal that would require retailers to charge five cents for any bag.

This ‘bag fee' or ‘bag tax' as it is being called is an initiative to reduce the use of plastic bags that are a major cause of litter and pollution in the city. It is not as if this is the first time such a plan is being tried out. In fact, almost 120 cities and counties across the country are already levying bag fee or banning the plastic bags altogether and the results have been encouraging.

While people generally seem to be in favor of this fee that will apply on stores where food constitutes at least two percent of gross sales, but would not apply to dry cleaners, restaurants and farmer markets. Most people agree that the fee will see a reduction in the use of plastic bags and will be a good thing as plastic bags also tend to clog storm drains and kill marine life apart from increasing the amount of waste materials and recycling costs.

However, voices of dissent are not far behind as a number of trade bodies and business groups are opposing what they have termed a ‘bag tax' on the consumers. They feel that it will have a negative impact on business in the city and will be burdensome for both, consumers and stores. For the time being ecological consciousness has triumphed over economic doubts and looking at the examples of other cities, the affect on business too is expected to be positive in the long run.

This proposal, which is likely to be passed by the City Council, will quite easily give businesses a great chance to not only tackle the problem of littering and waste, but also educate people about the numerous green initiatives that needs to be taken and the importance of ecologically sustainable living. This can be done by using promotional reusable bags that can be printed with green messages, green living tips, and environment facts and figures to make people aware about what an impact their habits may have on the environment and how they can try to make that a positive step rather than a negative one. Hopefully, businesses all around Portland will take this opportunity to spread an important message such as this.