How Reindeer Could Help Protect the North Pole from Climate Change

How Reindeer Could Help Protect the North Pole from Climate Change 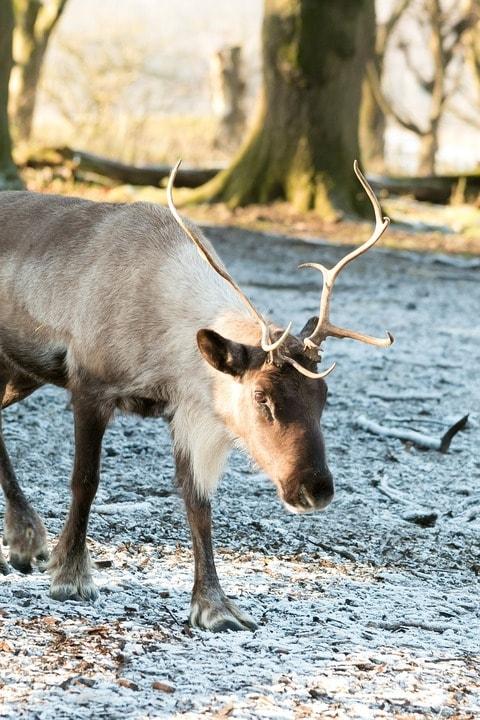 Reindeer play a vital role in helping Santa, but this year it would seem they also have another prominent role to play at the North Pole. After they do their rounds on Christmas Eve, we hope they'll have worked up an appetite, because according to new research, Reindeer's grazing in the Arctic may help slow climate change.

The study, published in the journal Environmental Research Letters, comes at perfect time for Christmas. It focuses on surface albedo, a concept that measures the whiteness of a given surface. More sunlight is reflected into space instead of into the earth with a higher surface albedo. So, how do reindeer help? They increase this measure by reducing shrub height, and this simple act is potentially big enough to make an impact on global warming, at least in the North Pole.

Researcher Dr. Mariska te Beest, from Umea University in Sweden, told the Press Association (PA), that the effect reindeer grazing can have on albedo and energy balances is potentially large enough to be regionally important. It also points towards herbivore management being a possible tool to combat future warming. Most of the Arctic tundra is grazed by either domesticated or wild reindeer, so this is an important finding."

This news couldn't come soon enough for the Arctic with temperatures likely to make 2016 the warmest year on record. “Global temperatures were approximately 2.2°F higher than the pre-industrial average but that temperature difference often hit the double digits in the Arctic,” according to TIME.

Reindeer have increased in population in the North Pole, which is good news if scientists want to prove their effect on climate change, but it's interesting to note that while their population has increased, the average size of a member of the species has actually reduced, according to another study. Climate change curbing the amount of food available to these animals is thought to be the culprit.

Through changing the summer albedo, the results from the study show that reindeer have a potential cooling effect on climate. And now that Obama has taken action to ban Arctic drilling, perhaps there's hope for the North Pole yet. You know Santa and his elves will have their fingers crossed along with Dasher, Dancer, Prancer, Vixen, Comet, Cupid, and the rest of the gang.