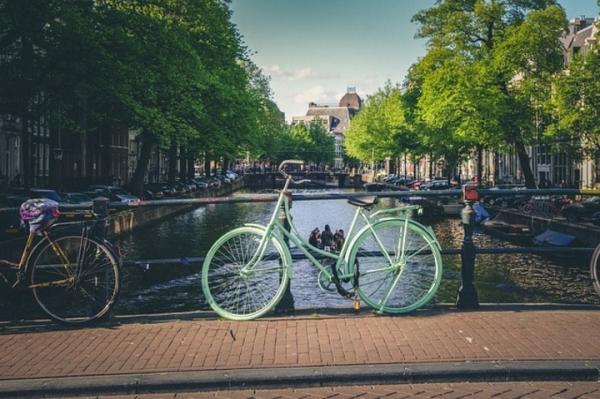 “While sustainability is often measured using quantitative tools, we should emphasize the value of qualitative studies that flag up differences of view, experience and interpretation – of community, city life, regeneration, impact of development – as well as suggest the potential for a diversity of sustainable futures.” – Juliet Davis

Sustainability is much more than a recent buzzword. While the use of the word has increased in  frequency, the concept itself is hardly new. But creating a sustainable ecosystem isn't that easy and some cities have struggled with the concept more than others. 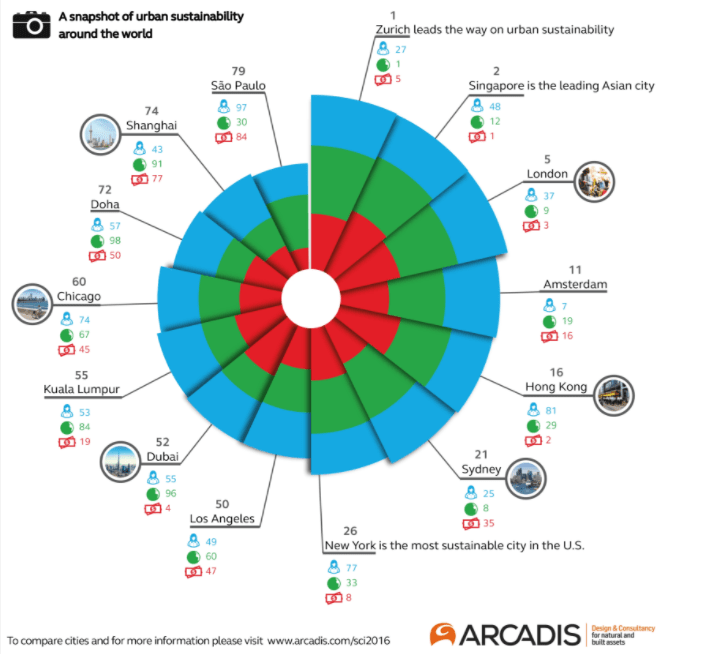 Not surprisingly, well-established European cities dominate the top of the charts making up 13 of the 15 leading places. Zurich leads the overall ranking and tops the planet sub-index, followed by Singapore, Stockholm, Vienna, and London in the top five spots for sustainable cities.

Vancouver is the most sustainable city in the North America region, while New York and Boston lead the United States. However, U.S. cities rank just below most other developed nations and are most challenged in two categories: People and Planet. San Francisco, New York, and Dallas follow the global trend of having higher rankings for profit but lower rankings for people. Sadly, no U.S. city made it into the top quartile.

How Can Cities Become More Sustainable?

If we are to keep to global climate targets, cities will have to become more sustainable. The opportunities to improve sustainability lay in the hands of city leaders who are encouraged to put people at the heart of their sustainability plans and learn from cities like Zurich who have already had success in doing this.

No one city is effectively balancing all three areas of sustainability. Many cities do well in two of the people, planet, and profit ratings, but very few do well in all three. By identifying areas for improvement between the city's physical, social and economic systems, cities will be able to achieve a better balance across each of the pillars of sustainability.