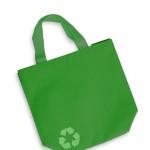 In an effort to reduce litter and protect marine life in the Puget Sound Sea, Seattle has introduced a ban on thin plastic shopping bags. Six months after the ban, there are mixed reactions from store owners and shoppers. While some are supporting the ban enthusiastically, others are not so happy with the inconvenience caused and the financial burden incurred.

Residents of Seattle are gradually adjusting to the switch from plastic bags to cheap reusable bags. Although some shoppers feel slightly inconvenienced due to not remembering to carry their own bags, almost 64% of shoppers support the ban and over 50% of shoppers have already started carrying their own reusable bags while going for shopping. A survey by Environment Washington studies almost 900 shoppers and suggests that people are increasingly developing the trend of carrying their own shopping bags.

The survey suggests that women are more supportive of the ban then men and that the youth has better acceptance for the ban than middle-aged citizens. Considering that it has been merely 6 months since the ban was implemented, the response to the ban has been quite encouraging. A lot of citizens feel that this ban is needed and is beneficial towards cleaning up the environment.

Cheap Reusable Bags – the Only Choice for the Residents

City officials of Seattle have implemented a ban on plastic shopping bags so as to prevent non-biodegradable waste from being dumped into the Puget Sound Sea and help save sea life. After 6 months of the implementation of this ban, the city council members are rather pleased with the response. This comes in light of the fact that the last time this ban was proposed in 2009, it could not be implemented. The plastic industry spent 1.4 million dollars on a ballot and residents voted against the ban. However, this time around, people who had voted against the ban previously have also shifted to carrying their own reusable shopping bags.

Seven cities in Washington have currently implemented the ban on plastic shopping bags. These include the cities of Bellingham and Issaquah. Deliberations are going on in Shoreline, Anacortes, and Thurston County. Environment Washington is hoping to find a sponsor so that a bill can be passed, which would implement this ban across the entire state.

The Problems with Regard to the Ban

Store owners believe that the 5 cent charge imposed on every reusable bag is inadequate to meet the cost of procuring these paper bags. Moreover, shoppers are not happy to pay for a bag after having shopped for hundreds of dollars in a store. A lot of shoppers still don't remember to carry their own bag at the time of shopping, and this puts them at inconvenience. Tourists who are unaware of this ban are particularly affected since they don't always carry shopping bags with them.