4 Billion Non-Recyclable Cups End Up in Landfills Each Year, Thanks to Starbucks

4 Billion Non-Recyclable Cups End Up in Landfills Each Year, Thanks to Starbucks 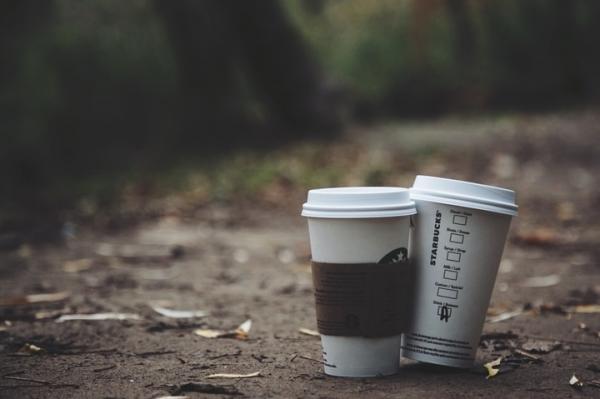 In 2008, Starbucks publicly acknowledged the company's struggle with reducing their environmental impact, particularly in regards to their infamous coffee cups that are practically impossible to recycle. Almost a decade later, after the company made promises to make a fully recyclable cup by 2015, there has been no change or developments of any environmentally friendly cup.

Why is this an issue? Starbucks is one of the most recognized and admired brands worldwide yet according to Stand.earth's latest report, a whopping four billion of their cups are being sent to the landfills each year. In addition, more than one million trees are used to manufacture those cups. It's no wonder why in some countries, there has been talk of putting a fee on single-use coffee cups.

The coffee giant also made promises to provide sufficient incentives to motivate their customers to bring in their own reusable mugs yet to-date, only 1.8% actually do. But the worst part is, a large majority of Starbucks drinkers believe the cups are recyclable. The sad reality is, they aren't. The lining inside the cup is comprised of 100% oil based polyethylene plastic which is needed to safely hold the liquids in the cups. So unless they can find an eco-friendly alternative, the nonrecyclable coffee cups will continue to end up in our landfills.

Recycling centers that take coffee cups are few and far between. In fact, the report points out that only 18 of the largest 100 cities in the U.S. provide residential recycling for coffee cups and only three out of 450 paper recycling mills in the country can process plastic-coated paper cartons and coffee cups like the ones Starbucks carries.

Starbucks is well aware of the problem

Starbucks' former director of environmental affairs, Jim Hannah, said, “The cup is our no. 1 environmental liability, but it could also make the company a number 1 environmental leader. It has the potential to revolutionize the takeout food industry, should it desire to, which remains to be seen. Customer pressure, however, can only help."

Instead of coming up with a solution, the company has placed the blame on the lack of infrastructure that is in place for handling the collection and recycling of the cups. However, as Stand.earth rightly points out, retrofitting recycling mills would cost taxpayers billions of dollars. Therefore, the most sensible and most cost effective move for the company would be to simply redesign the cup. In doing so, they would not only prevent millions of cups from going to landfills each year but would as Hannah put it, become an "environmental leader" and role model for other large corporations that would hopefully follow suit.

If companies like Halo can come up with an eco-friendly coffee concept, there's no reason why a billion dollar coffee corporation like Starbucks can't do the same. Let's just hope they don't wait another decade before they come up with an environmentally-friendly alternative.