5 Celebrities Who Are Environmentalists at Heart

5 Celebrities Who Are Environmentalists at Heart 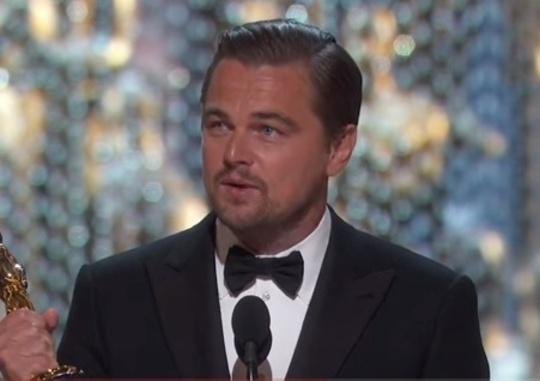 Pop culture, films, TV, and music can have a major impact on the things we do, buy, and wear. But it's celebrities in particular who are in the spotlight with the media constantly at the ready to see what they'll get up to next.

With this type of influence, it's great to see some of Hollywood's biggest stars taking action on green matters like climate change, sustainability, renewable energy, and other environmental issues. In doing so, it's likely their millions of fans and followers will be inspired to take a stance and become environmentalists, too.

Let's take a look at some of the celebrities who are using their power for good:

Leo's Oscar speech at the beginning of 2016 reminded us all that “climate change it real,” and his organization proves that he practices what he preaches. Just recently, the Leonardo DiCaprio Foundation raised a whopping $45 million to fund earth-friendly endeavors.

DiCaprio teamed up with the next actor on our list on a campaign aimed at making renewable energy sources available to everyone.

Mark sometimes plays the green guy on-screen, but off-screen he's also incredibly green. In addition to being an Academy Award nominee, Ruffalo is an environmental activist. He founded multiple advocacy groups (Hollywood United, The Solutions Project, and Water Defense). The Solutions Project has been making headlines and progress with its mission to accelerate the transition to 100 percent clean energy.

Best known for her role as “Hermoine Granger” in the Harry Potter series, Emma Watson is a strong advocate for sustainable fashion and claims to be “changing the world one dress at a time.” We can see why. Watson collaborated with Alberta Ferretti on a unique ecologic capsule collection and has designed collections for People Tree, a Fair Trade sustainable clothing brand.

He's been a vampire, and a survivor on Lost, but in real life, he's an eco-friendly superhero. He founded the Ian Somerhalder Foundation, which he organized after witnessing the devastation of the 2010 Gulf oil spill. He also recently opened the ISF Animal Sanctuary in his home state of Louisiana.

When Jessica became a mom, she wanted “to create the safest, healthiest environment for her family.” In doing so, she launched The Honest Company, a sustainable business dedicated to eco-friendly products like diapers, baby wipes, and laundry detergent. A percentage of the company's sales are donated to Baby2Baby.org, which gives baby supplies to families in need.