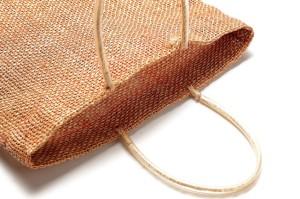 The city of Austin passed a legislation to ban the usage of single-use plastic bags within its premises last year. This legislation is supposed to come into effect in the month of March, 2013, and in order to make the residents aware of this law and to promote eco friendly shopping bags and items, the city council of Austin has decided to launch an advertising campaign.

The city council in Austin has paid a locally based marketing firm an amount of $850,000 to help them plan the ad campaign. This campaign will educate the residents on the new law, and help them adapt to the use of eco-friendly bags. The marketing firm is going to organize ads for the print, TV, and radio media for this campaign, and these ads will go on air in the last two weeks of February.

According to Bob Gedert, the Austin Resource Recovery Director, the city was supposed to launch similar ads in the month of January, 2013. However, the city council was preoccupied with a few other matters, and it could not focus on this awareness ad campaign. He also stated that the city council was busy organizing the changes that need to be implemented once the ban comes into effect. Nonetheless, he feels that 2 weeks are enough to educate the residents on the benefits of eco-friendly shopping bags and the details of the law.

According to experts, with the new law coming into effect, the city will be able to deal with their waste management issue in a more organized way. When the circulation of single-use plastic bags will decrease within the city, the waste that is disposed at the landfills and the litter in and around the city premises will also decrease. So the waste management authorities of the city will benefit from this law.

However, this law will not apply to some of the businesses such as dry-cleaning shops, newspaper industry, and food delivery joints. All these businesses will be allowed to give their customers shopping bags or plastic packaged products. These industries have been exempted from the law, as they need to package their materials in order to protect them from environmental factors.