Central Recycling Services All Set to Recycle Glass in Alaska

Central Recycling Services All Set to Recycle Glass in Alaska 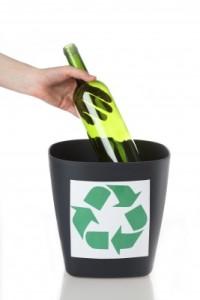 In Anchorage, Alaska, CRS (Central Recycling Services) has resumed the recycling of glass that was discontinued in 2009. A specialist in the building and demolition of debris collects the glass bottles. Small pieces of processed glass, called pea gravel is then created out of the collected glass. The gravel can be used in various construction projects, trench backfilling, and pipe bedding.

Glass of approximately 15000 tons is estimated to be produced every year. The program aims to collect at least 30 % of the discarded glass waste. The previous attempts to recycle glass were not a big success, but Mr. Alpha observes a positive trend in the days to come.

In the glass recycling operation launched in 2007 by the E.K Industries, glass was made into sandblasting material for shipyards. However, it did not generate sufficient finances and so the projects were dropped about two years later.

In 2011, CRS managed to acquire complete control over the glass conveyors and associated grinder belts. In return, the company cleared out 800 tons of residual glass in those belts. After a great deal of deliberation, it was decided that the material could be developed into gravel for use in various domains. The company has been given a grant of US$85000 by the city council to conceive a suitable method for processing the glass.

The specialized facility owned by CRS operates all through the year. A custom designed recycling plant is located at the centre of the CRS facility. The plant has eight stations to sort trash, exclusive sorting screens, and magnets. The plant's shredder processes the demolition and construction debris.

CRS also owns an aggregate recycling plant which has a crusher to process asphalt and concrete into eco friendly promotional items.A wood grinder is also present to recycle wood into various wood products.

The metal recycling facility of CRS has material handlers, magnets, shears, metal baler and, other equipment for easily processing and recycling different kinds of metal products.