Arcata Just One Step Away from Using Promotional Shopping Bag

Arcata Just One Step Away from Using Promotional Shopping Bag 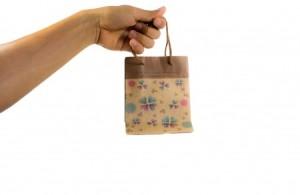 Another city ready to deal with the mess created by plastic bags is Arcata. The city council of Arcata recently passed an ordinance that talks about a ban on plastic bags. The ordinance proposed prohibiting one-time use plastic bags. However, the council has stalled the introduction of the 10 cent fee for using paper bags provided by stores. The council plans on delaying the implementation of the fee for another six months as it thinks this will give the city enough time to come up with a positive campaign for reusable bags.

Arcata Follows the One Thing at the Time Approach

Councilwoman, Alex Stillman, explained that this move of the council of only implementing the bag ban for now will be perfect for dealing with the issue of plastic bags in the city. She said that a delay in the implementation of the fee was a hard call, but the council had to take it as it wanted to analyze how the bag ban turns out. The ordinance is up for final adoption in the next meeting.

According to the ordinance, use of plastic bags will be prohibited in pharmacies, convenience food stores, supermarkets and retail businesses. But there will be an exemption on bags used for meat, produce, prescription medicines and even the ones that are donated or given as gifts.

If the final adoption is approved by the council, the ban will come into effect from February 2014. The fee of 10 cents on paper bags is scheduled to be implemented in August next year. Paper bags, with a minimum of 40 percent of post-consumer reusable/recyclable materials will be made available for the extra fee. Store retailers will be allowed to keep the money generated by it. But participants of Supplemental Nutritional Assistance Program and California Special Supplemental Food Program for Women, Infants and Children will get these bags for free.

What do People Say About the Fee on Promotional Shopping Bag?

Most of the residents understand the reason behind the fee and are fine with it. Paul Patino, who stays in South Samoa, said that he has no problem with the fee, and in fact appreciates it as it will keep on reminding him that he is wasting money by not carrying reusable bags. On the other hand, the city officials can come up with campaigns where they can distribute promotional shopping bag or explain its importance.