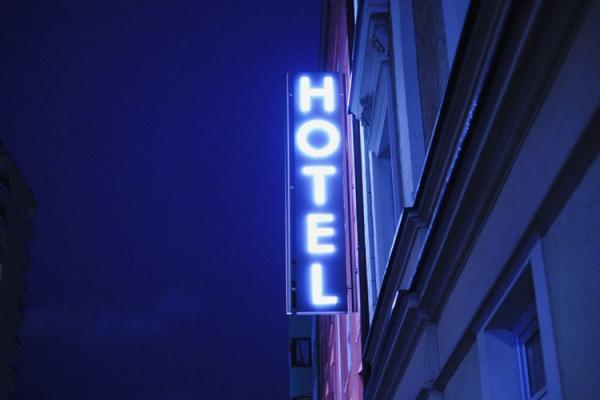 Imagine a zoo where the humans are caged and the animals are watching our every move. This is where Architect Bill Bensley's mind wandered when a Chinese client asked him to build a resort in the southeastern province of Guangdong. He was given a space of three square miles that would include a sanctuary for worldwide animal rescues.

The client specified he wanted a zoo for the Maoming site. This city's beachfront, which faces the South China Sea, will contain multiple hotels.

Sixty-year-old Bensley, a lifelong environmentalist, hates zoos; especially after seeing the overcrowding and mistreatment common in Chinese zoos. So, he decided to flip the idea.

"I thought, 'Let's take this land and dedicate 95 percent for animals to run free, and 5 percent as jails for people."

After receiving the green light last month, after an eight-hour pitch to investors, Bensley told his 120-person team to get down to business. He wants to have the first of the site's seven hotels open within the next three years. Multiple major hotel chains have expressed interest, including Hilton, Hyatt, Four Seasons, and JW Marriott.

"There is more interest than we have room for hotels."

In October, Bensley will be in Hong Kong to speak at the Global Wellness Summit, an international gathering of industry leaders. Topics will range from sustainability, architecture, and design; to mental wellness, physical activity, healthy eating, and even dying well.

He is a designer who rarely fails to surprise. He convinced the Four Seasons to take a chance on "glamping." Now, good luck getting a room at the chain's safari inspired, frequently booked, $3,000 a night, tented Camp Golden Triangle. This hotel opened in 2006 in Chiang Rai, Thailand.

He followed this up with something similar in Laos. Opened in March of 2018, guests at Luang Prabang's Rosewood Hotel can cuddle under canvas by a waterfall in the forest, or they can stay in a treehouse.

And, deep in the Cambodian jungle, guests of the Shinta Mani Wild conservation camp, which opened in December 2018, are invited to arrive Tarzan style, swinging in by zip line.

If this sounds like an adventure novel written for young boys, it's due to Bensley's channeling of his own childhood. He grew up in Southern California. His family grew their own food and camped in a homemade trailer built by his dad.

"Every weekend we'd pile in, all five of us, and go out into the wilderness. I would get up at 6 AM and wouldn't come back till sundown, exploring the forest, fishing, and catching frogs. Really, being in the wild has always been part of my life."

While a high schooler, Bensley decided to become a landscape architect, or, as he put it, a "protector of Mother Earth."

He had no idea resorts would be involved, but he eventually enrolled at the Harvard University Graduate School of Design. He studied under famous Israeli-Canadian Architect Moshe Safdi.

Bensley's first job was with landscape and engineering firm Belt Collins in Singapore. His task was to design the Bali Hyatt swimming pool. This was the year that he fell in love with the Indonesian province—1984.

The "call of the wild" still informs his designs. His portfolio spans multiple big names, and few would argue that he has done more than most to redefine Asia's luxury hospitality industry.

After working for 30 years, he can afford to be picky about his projects. The main criteria is that they need to tread lightly on the planet.

"Ideally, nothing should be built in sensitive environments, but that is not always on the facts. So I try to mitigate the damage and build with a minimal impact."

At Shinta Mani Wild, the 350 hectares (about 1.5 square miles) of river valley in which it sits is now protected from logging. The resort also provides alternative employment for former poachers.

He'll often talk clients down from crazy expectations, based solely on profit. At the Capela Ubud jungle resort, in Bali, he happily persuaded the owner to change 120 rooms into 23 luxury tents. The rooms would have destroyed the forest, but the tents were a design he could feel good about because they didn't disturb a single tree.

While he is proud of his work, there are times where he wishes he could have done more. Bensley cites a recent project in Sa Pa, Vietnam, in which an eight-story building was constructed with little concern for its surroundings.

"I tried to convince the owner to go with a design that was less imposing on the town, but they wouldn't have it. I was just there last week, and the interiors are gorgeous. But, honestly, the urban planning I'm a bit ashamed of."

He was also saddened to see a 15-year-old resort in the Maldives that he had been happy to build at the time. Sand has to constantly be siphoned off the ocean floor and pumped back onto the beaches.

While high-end hospitality may be his "bread and butter," Bensley is the first to call out it's flaws. He is very against single-use plastic products used in the name of branding and "greenwashing," where housekeeping leaves a polite note asking if you would like your towels washed.
Get rid of single use plastic and still show off your brand with a range of products from Custom Earth Promos, including bags, bottles, and more.

Bensley points out that things don't need to be this way. The four Shinta Mani hotels run perfectly well without any single-use plastic anywhere.

There is one type of building that he genuinely can't stand exist: boxy glass towers with windows that can't open!

"Shouldn't be allowed. It's insane that we're still building that s***, and then burning fossil fuel to cool it."

At the upcoming Guangdong project, Bensley mentions that every one of the 2,700 rooms across the 7 hotels will have cross ventilation, a natural cooling method.

All of his Shinta Mani projects feature green roofs, organic gardens, and programs that benefit the local community.

"My main purpose in life, besides having as much fun as possible, is to help the needy, to educate, help animals, and help the planet via conservation."

One example is wanting the people around two Cambodian properties to eat better. Bensley partnered with the World Vegetable Center and USAid. Together, they established an experimental farm to test hardier varieties of traditional Khmer crops.

"We brought out botanists from Korea to develop a pumpkin that would grow well in the poor, alkaline soils of Siem Reap."

It wasn't a vegetable the locals were used to, so he fitted an auto rickshaw to haul a mobile kitchen to introduce it to them.

"We take all the veggies we want these guys to grow and cook it Cambodian style. Then we give them a garden package of five different types."

Bensley plans to talk about all of these issues, including how travelers can do their part, during his keynote address at the Global Wellness Summit.

He doesn't care who he upsets when he challenges how resorts are designed and built. He wants to answer questions he believes future travelers will be asking, including "Does the hotel respect its environment?"; "Does it respect the people who engage with it?"; "Does the hotel add in any way to the community?"

The summit's Chief Creative Officer and Executive Director, Nancy Davis, states that Bensley is known for his "unpredictable, memorable presentations."

"We are very keen to lend him the stage in Hong Kong to see what unfolds."