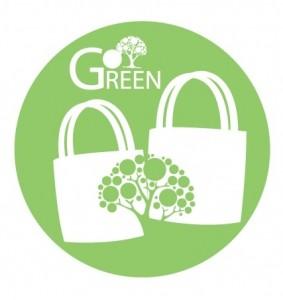 The problems that various cities and counties in the country are facing due to plastic bags are quite visible to all. Plastic bags can be seen on the streets of the cities, stuck in bushes and trees and even clogged up in drains. Plastic bags are not biodegradable, which means that they just stay in the environment for a very long time and continue harming it. Dumping them in landfills is just a waste of space.

Comparing the Effects of Bag Tax and Bag Bonus

Looking at all these issues, many local and state authorities have taken appropriate steps to prevent the use of plastic bags. Some have implemented a ban on plastic bags while others have opted for providing a bonus for carrying reusable bags. But which of these methods is better?

A study by Tatiana Homonoff, has the answer to this question. In her study, Tatiana observed around 16,000 shoppers from 16 grocery stores of Washington D.C, north Virginia and Montgomery County. She found out a tax on using disposable bags worked better when compared to a bonus of the same amount being given out for carrying reusable bags.

Before, shoppers were charged five cents per bag for using paper bags from the store, a bonus of five cents was given to those customers who shopped with their own bamboo tote bags or any other kind of reusable bag. In Montgomery County, around 82 percent shoppers opted for a minimum of one disposable bag per trip before the implementation of the bag ban. However, once the ban came into existence and stores started charging customers for disposable bags, this percentage came down to 40 percent.

As far as the effect of the bag bonus is concerned , not much change was seen in the outcome. Before the bonus was given, 84 percent customers opted for a minimum of one disposable bag while after the bonus was announced, the percentage came down to mere 82. This reveals that customers are likely to stick to carrying reusable bags if stores charge them for using disposable bags.

Whether the stores in your city offer a bonus on reusable bags or have implied a bag tax, in any case it is a good habit to carry reusable bags. These bags are not harmful for the environment as they can be reused and recycled unlike plastic bags which are not biodegradable.