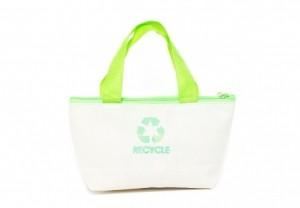 It is a twofold eco-friendly process for Brookline this winter. Not only has the city proposed a ban on use of plastic bags in retail stores, but is also looking forward to prohibit the use of disposable polystyrene containers for carrying food and beverages. Both these bans are to come into effect from December 1.

Ban on Plastic Bags as Well as Polystyrene Containers

Public health director of Brookline, Alan Balsam, said that the transition towards the ban on use of disposable plastic bags is a rather smooth one. This ban will have an impact on around 90 large retail stores of the city. Balsam mentioned that the officials of the city are quite confident about the pharmacies and supermarkets complying by the law by the time it comes into effect.

He also said that he is optimistic about the ban on plastic bags, but is not quite sure about the one on polystyrene. Around 350 food servicing businesses will be impacted by the polystyrene ban on containers used for giving out food and beverages. This number is a lot bigger than the ones affected by the plastic bag ban. Another cause of worry is that these containers are provided to customers who take away food from restaurants and other eateries. If such containers get banned, there won't be many options left with the eateries to hand away takeout food orders.

Balsam mentioned that polystyrene container alternatives can turn out to be a lot more expensive deal for business. Also most of the businesses already have a large polystyrene container inventory and it might get very difficult for them to come up with suitable replacement by December 1.

Few of the businesses which had taken huge steps for complying with the ban are also facing a lot of problems. Dunkin' Donuts came out with new cups to replace polystyrene containers but the company has still not managed to find a lid for its cups to avoid spillage.

Both these bans were approved at the Town Meeting in November 2012 as both polystyrene containers and one-time use plastic bags are harmful for the environment.

Keeping the City Clean with the Ban on Plastic Bags

Though businesses may still be struggling with the polystyrene container ban but the plastic bag ban should not be a difficult one both for the consumers as well as the businesses. The hazards of plastic bags are not hidden from people and most of them have already started using personalized reusable shopping bags.