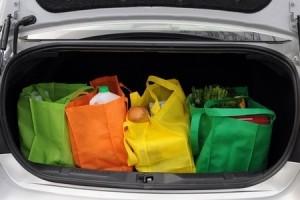 What can we do about the mountains of plastics bags that are discarded after use by Americans every year? Though there have been concentrated efforts from every level to arrest this menace by recycling the waste, it is only recently that something concrete has been initiated.

A group of concerned citizens from Iowa hit the headlines for their initiative to collect discarded plastic bags and turn them into plastic mattresses for thousands of homeless people. This still does not alter the fact that plastics bags mean big business in the country, and will remain that way for quite some time.

A research group, IBEXWorld, conducted extensive research and published a report last year with the astounding news that over 3,300 companies are engaged in the business of wholesale plastic disposable bags that account for a whopping $69.5 billion in revenue in the last year alone. With such big money at stake, wishing away this menace of plastic waste is not easy at all.

With growing businesses that need packaging products, it is estimated that the demand for both paper packaging and plastic bags is expected to treble in the next five years. This causes concern for the environmentalists who are worried about the damage such huge mountains of plastic waste can cause to the fragile eco-system.

This is probably the main reason why the Dallas City Council is intent on banning plastic shopping bags. Los Angeles set the example on New Year's Day by becoming the largest city in the US to ban use-and-throw plastic bags. They provided an alternative by charging customers 10 cents for every paper bag that was used instead. The primary motive of the ordinance was to arrest the negative impact caused by these discarded plastic bags on the environment .

The ban affects the local grocery retailers who collectively make annual sales of $2 million, using up rental space to the extent of 10,000 sq ft. The smaller grocery stores not yet in the net are expected to be affected by the ban from July 1.

The problem is not insurmountable, as most people would imagine. It takes not just ordinance and legislation from the authorities, but also active participation from the people. If people would consider viable alternatives like using cloth shopping bags instead of the plastic bags they are so used to, the problem can be tackled on a war footing.